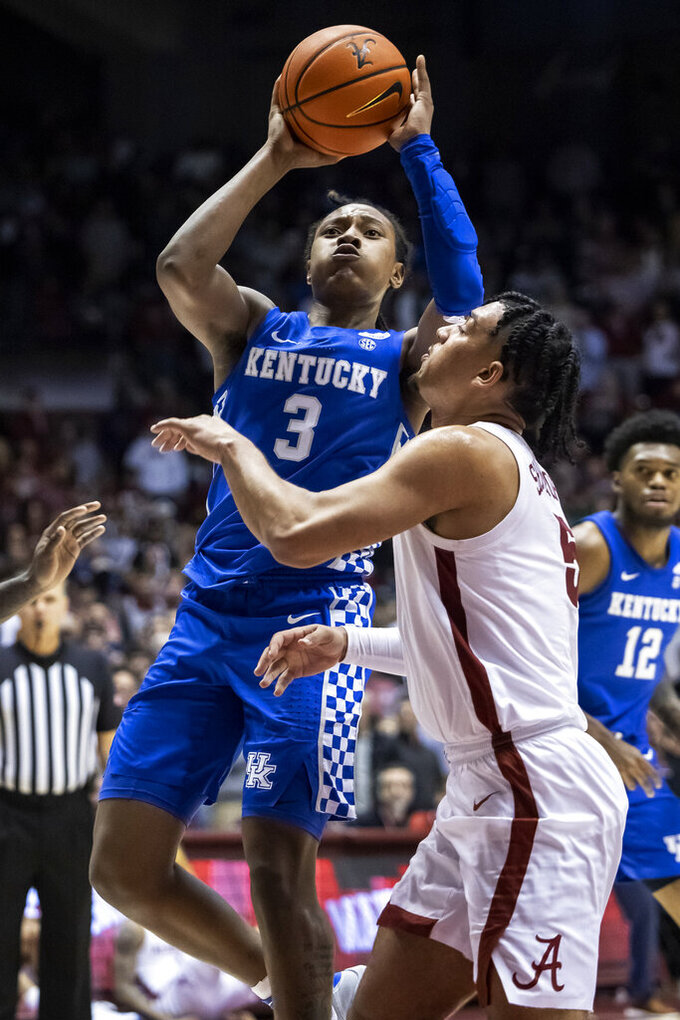 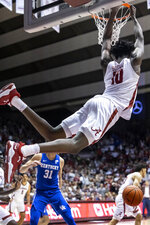 TUSCALOOSA, Ala. (AP) — TyTy Washington scored 15 points, Oscar Tshiebwe had 15 rebounds and No. 5 Kentucky won its fourth straight with a 66-55 victory over Alabama on Saturday night.

“Our guard play was good, but Daimion Collins was the difference maker,” Kentucky coach John Calipari said. “I don’t know what woke me up in the middle of the night saying, ‘Lob, lob, lob,’ but I told the guys at shootaround we’re going to throw the lob and I’m putting (Collins) in for that reason. He now has forced me to figure out how to play him.”

The Crimson Tide missed 12 shots in a row in the second half during a stretch where Kentucky pushed its lead from four points to 11. And Alabama's shooting woes were the main difference in the game: The teams were tied in turnovers (15) and Alabama outrebounded Kentucky 47-44.

“It’s tough to win games going 3 for 30 from 3,” Oats said. “I thought we had some good looks, but what was I thought some of the shots affected our effort on the defensive end as the game wore on.”

Alabama is one of the nation’s leaders in 3-point attempts, yet could find itself at the bottom of the SEC in 3-point shooting percentage this week.

Oats said he's hesitant to change the style of play, but does see something other than making more 3-pointers as a potential fix.

“I do think getting the ball downhill, get more paint touches,” Oats said. “There’s some adjustments to make over the course of a game, but you can’t change who you are like that.”

Kentucky: The Wildcats are two games behind Auburn in the SEC standings and lost the one head-to-head matchup of the season, making a regular-season SEC championship unlikely.

Alabama: The Tide didn't have what it took to beat Kentucky like they did this season with wins over No. 2 Gonzaga, No. 6 Houston and No. 8 Baylor.

Kentucky: At South Carolina on Tuesday.

Alabama: At Ole Miss on Wednesday for the first game against an unranked team in two weeks.