Zegarowski scores 19 as No. 17 Creighton holds off DePaul 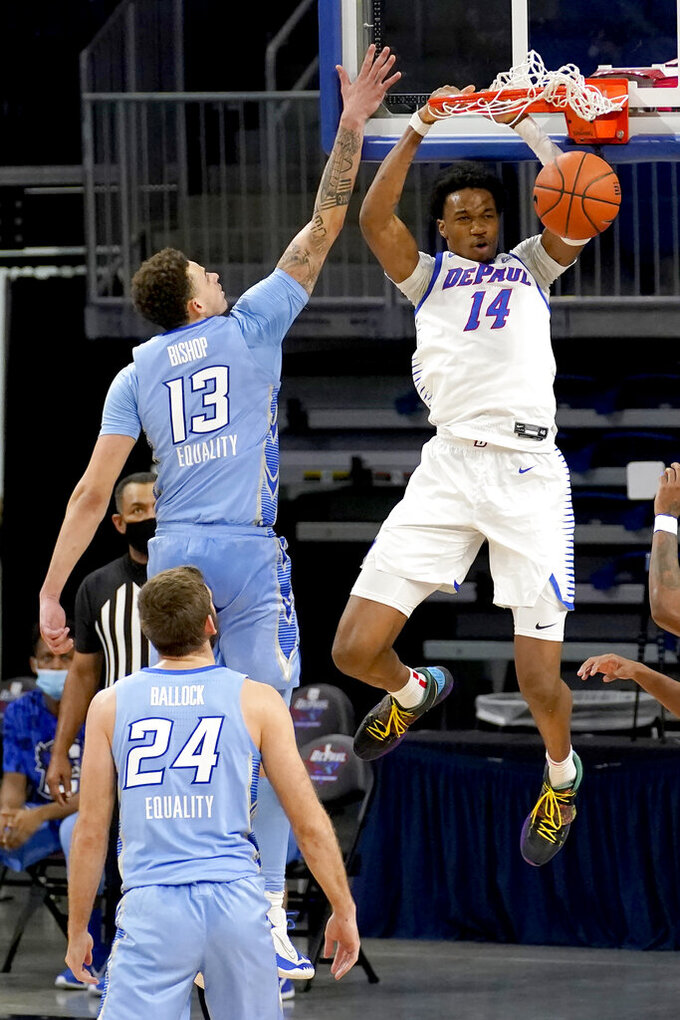 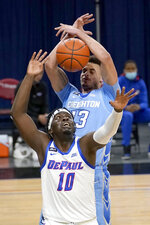 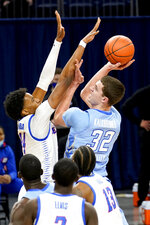 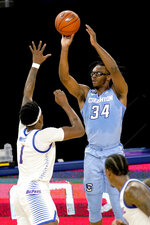 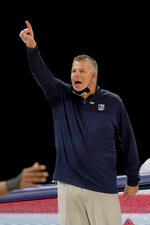 Creighton (13-4, 9-3 Big East) came in leading the league in scoring and shooting. But the way this one went, it was hard to tell.

The cold-shooting Bluejays made just enough baskets to come out on top in a game that got heated in the first half. They hit all eight of their free throws in a game-ending 10-2 run and beat the Blue Demons (3-7, 1-7) for the 13th straight time.

Zegarowski nailed three 3-pointers. Christian Bishop and Denzel Mahoney each scored 14 points, and Ryan Kalkbrenner added 12. The Bluejays won their third straight even though they shot just 41% — including 6 of 22 on 3s.

DePaul held leading scorer Charlie Moore out of the game after he hurt his right elbow in a loss to St. John’s on Wednesday night. Even so, the Blue Demons just missed beating a ranked team for the first time since they knocked off then-No. 5 Butler on Jan. 18, 2020.

Creighton rallied from 16 down in the second half and closed with a 14-2 run to win at Seton Hall on Wednesday. And another late run lifted the Bluejays in this one.

They trailed 60-59 after Salnave nailed a 3 with 3:16 remaining. Mahoney and Zegarowski each made a pair of free throws for Creighton, and Damien Jefferson scored on a layup to make it 65-60.

After Salnave cut it to three with a driving layup in the closing minute, Mahoney and Zegarowski each made two more free throws.

The teams headed to the locker room tied at 29 after a heated half.

Creighton led 21-10 with about six minutes remaining when Mahoney got stripped by Freeman-Liberty. The Blue Demons' guard got knocked to the floor as he sped toward the rim, resulting in a flagrant foul for Mahoney and two free throws.

Not long after that, Jefferson blocked Romeo Weems and got called for unsportsmanlike conduct. That led to two free throws for Freeman-Liberty.

Tempers continued to flare, with Weems knocking Bishop to the floor and getting called for unsportsmanlike conduct. Mitch Ballock hit one of two free throws and Bishop converted two to make it 24-18 with 4:05 left.

DePaul tied it at 27 with just under two minutes left on back-to-back baskets by Salnave. Bishop dunked before Salnave hit a tying pull-up jumper with 30 seconds left.

Creighton: The Bluejays hardly looked like a Top 25 team at times. But they'll take the ugly win.

DePaul: The Blue Demons were able to keep it close. But it was a familiar result for them.

Creighton: The Bluejays will try to keep their streak going when they host Georgetown on Wednesday.