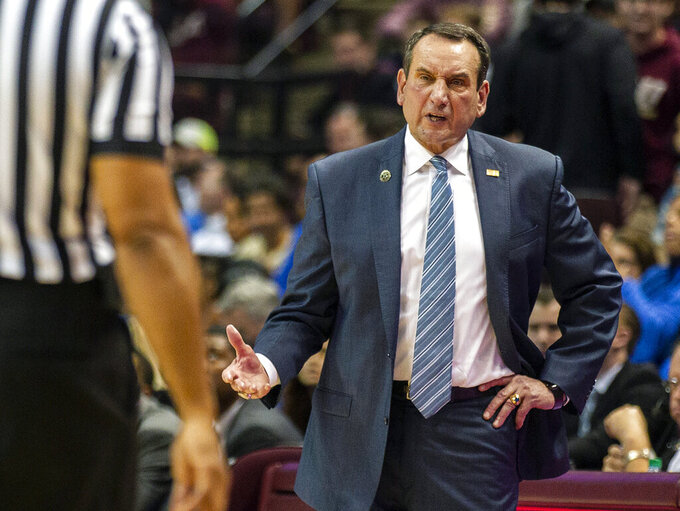 The NCAA Tournament also comes to "The World's Most Famous Arena" again with the East Regional semifinals March 27 and final March 29. It will be the third appearance at MSG for the sport's showcase event since returning in 2014 for the first time in decades.

The annual Champions Classic on Nov. 5 will begin with Duke taking on Kansas, followed by Kentucky against Michigan State. The event was first played at The Garden in 2011, and those schools have combined for 18 national championships.

Duke will be back Nov. 21-22 along with California, Georgetown and Texas for the 2K Empire Classic Benefiting Wounded Warrior Project, played at The Garden since 1998.

St. John's and West Virginia will participate in the long-running MSG Holiday Festival on Dec. 7. And the Jimmy V Classic for cancer research, returning to Madison Square Garden for the 17th straight year on Dec. 10, features a doubleheader of Louisville against 2019 NCAA runner-up Texas Tech, and Indiana vs. UConn.

The Big East Tournament runs from March 11-14, its 37th consecutive season at the arena.

St. John's will play six Big East home games at MSG, and the 83rd annual NIT wraps up the 2019-20 schedule with the semifinal doubleheader March 31 and then the championship game April 2.