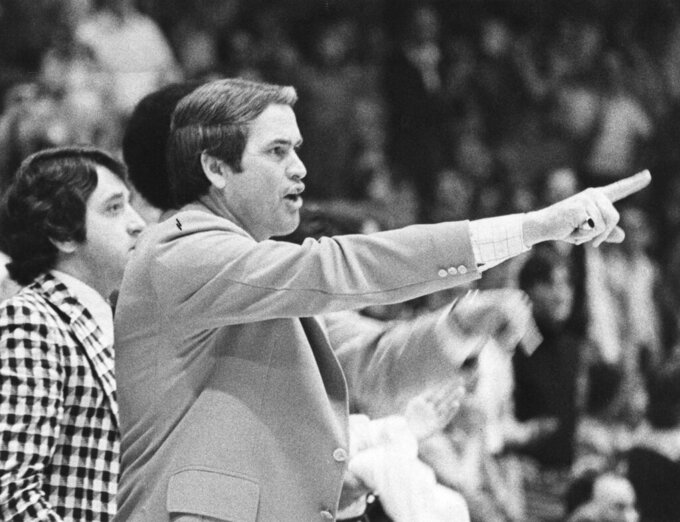 In this 1975-76 season photo, Wake Forest coach Carl Tacy coaches the Deacons during the an NCAA college basketball game. Tacy, the Former Wake Forest and Marshall basketball coach, died died early Thursday, April 2, 2020. He was 87. (The Winston-Salem Journal via AP) 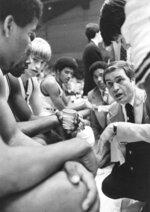 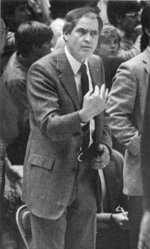 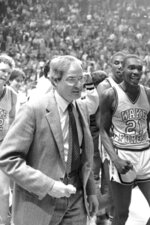 Tacy's son, Carl Jr., told The Associated Press his father died early Thursday. He had been transferred from a hospital to hospice care in Yadkinville, North Carolina last week following a December diagnosis of leukemia.

Tacy spent a year as Marshall's head coach before 13 seasons with the Demon Deacons from 1973-85, compiling a 222-149 record for the third-most wins in school history. That included appearances in three NCAA Tournaments and two NITs.

The Demon Deacons reached NCAA regional finals in 1977 and 1984, the latter featuring an overtime upset of top-seeded DePaul.

“In my opinion, he was never given the credit he deserved as a basketball coach,” Odom said in a statement released by the school. “He was a terrific tactician, teacher, and a fearless competitor who relished big games against the ACC’s best.”

Tacy resigned after the 1985 season and never coached again. He was inducted into the Wake Forest Sports Hall of Fame that year and had come to Demon Deacons sporting events while living in Winston-Salem in recent years.

“I don't think he necessarily missed the grind of recruiting," Tacy Jr. said. "I think that's true for a lot of coaches. ... But I think he missed the Xs and Os of the game though a lot.”

Tacy Jr. said the immediate family with have a memorial service this week but is holding off on a public gathering due to concerns about the coronavirus pandemic.

Tacy is also survived by his wife Donnie, and daughters Beth Tacy Kelly and Carla Tacy.