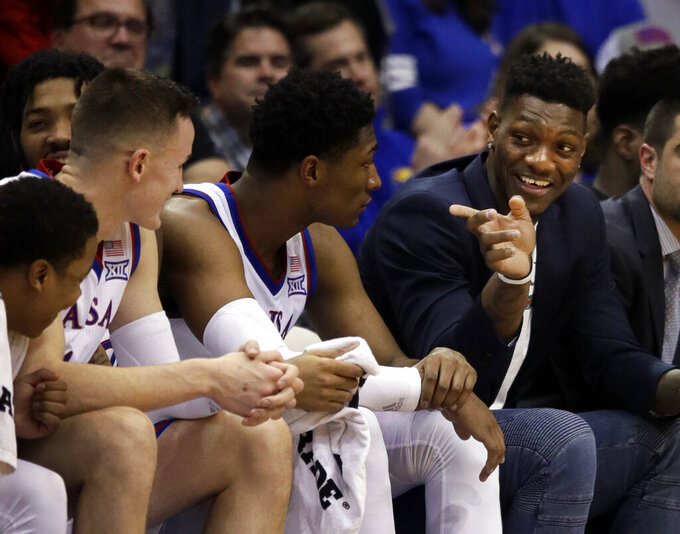 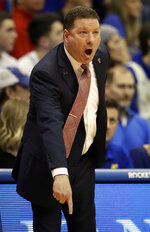 LAWRENCE, Kan. (AP) — Kansas coach Bill Self was forceful but measured in his response to the NCAA's punishment of sophomore forward Silvio De Sousa, who was declared ineligible for this season and next because his guardian had received impermissible benefits.

"The NCAA does what they do," Beard said after his No. 16 Red Raiders were routed by the 11th-ranked Jayhawks on Saturday, "stuff that makes no sense."

At issue is not whether De Sousa's guardian, Fenny Falmagne, accepted a $2,500 payment from former Adidas consultant T.J. Gassnola to steer the prospect to Kansas. Rather it's whether De Sousa, a native of Angola, had any knowledge of the pay-for-play scheme or benefited from it in any way.

The NCAA said in its ruling that ignorance is no defense. Kansas clearly disagrees.

School officials also took umbrage with the length of the process, pointing out that it took more than three months and miles of red tape to get a decision. And they disagreed with the penalty, calling it excessive and unjust while vowing to explore all avenues of an appeal.

"We're fortunate that we have a university that will stand up and fight for him," Self said. "I believe it ain't over, but you know what? To me, if you knew something was not right, would you ever accept it? So to me, no matter what happens, you're never going to stop fighting. Because it's just not right."

Kansas athletic director Jeff Long grew emotional in discussing the case during a brief news conference before the game. Long said the school had provided the NCAA with all documents or information requested, and had held De Sousa out of competition in good faith all season.

"I have always respected the NCAA and trusted the process, but I must tell you that my faith has been shaken," Long said. "We stand behind our student-athletes when we believe they've been wronged."

De Sousa's name came up during Gassnola's testimony last summer amid the FBI's corruption probe into college basketball. Gassnola acknowledged making the payment to Falmagne, but he steadfastly denied Self or anybody associated with Kansas knew of it.

Still, Long said the NCAA would only consider De Sousa's reinstatement under two conditions: The school had to declare him ineligible, which it did on Jan. 13, and Kansas had to identify Gassnola as an agent or booster of our program "only as a hypothetical for the purposes of reinstatement."

"We disagreed on Gassnola's role in all of it," Long said.

But with no other alternatives, Long said Kansas agreed to the conditions and began the reinstatement process. It dragged on for three weeks before the NCAA handed down its punishment.

Kansas responded with a swift statement late Friday in which it vowed to challenge the decision.

"I do feel our university will do whatever they humanly can to create a situation to put our best foot forward to get that penalty reduced, without question," Self said Saturday. "I know that Jeff and our chancellor are on board with fighting for him — not that you wouldn't fight for every student-athlete, you should. But this one is a little more special the way he's handled everything so far."

"Nothing really surprises me based on recent things we've read about other institutions," Self said, "but I would say that I don't think it's time for us to move on. I don't think we go into this planning on having him — we prepare like we don't, and if we ever get him it would be a bonus. But regardless of the situation, we have to and should and want to fight and advocate for him."