NC State: Hellems out of hospital, in 'good spirits' 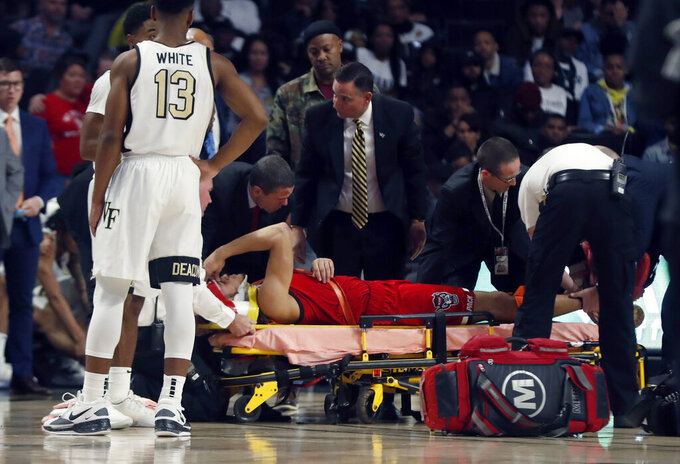 N.C. State's Jericole Hellems (4) is taken off the floor after being injured during the second half of an NCAA college basketball game in Winston-Salem, N.C., Saturday, Dec. 7, 2019. (Ethan Hyman/The News & Observer via AP)

RALEIGH, N.C. (AP) — North Carolina State says sophomore forward Jericole Hellems has been released from a hospital and is in “good spirits” after an injury in Saturday's win at Wake Forest.

The team announced the news Sunday on its Twitter account. Hellems had fallen on a rebound attempt and banged the back of his head on the court with 28 seconds left. He was alert but had to be carried from the court on a stretcher. Then he was taken to a hospital for precautionary reasons to rule out a possible lower back injury as well as to be evaluated for a possible concussion.

The team says Hellems will meet with N.C. State doctors in the coming days, while coach Kevin Keatts will address his status later in the week.