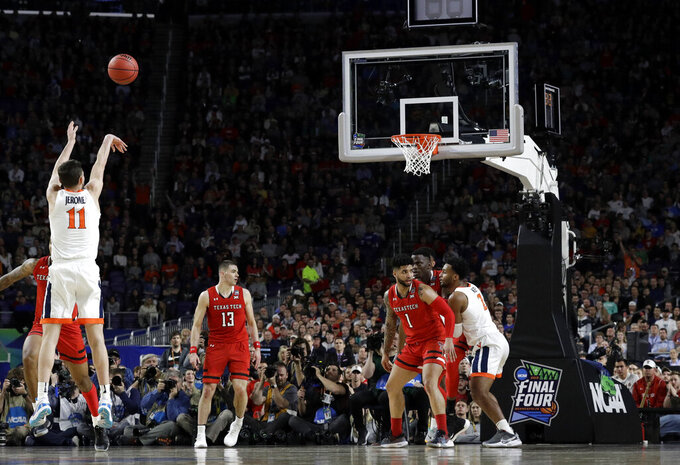 CHARLOTTESVILLE, Va. (AP) — Virginia guards De'Andre Hunter and Ty Jerome say they are forgoing their final year of eligibility to make themselves available for the NBA draft.

Both made the announcements Monday on Instagram, and their decisions were confirmed by Virginia.

Hunter, a 6-7 redshirt sophomore, was the national champions' second-leading scorer (15.2 points per game). He was an All-Atlantic Coast Conference first team selection and the league's defensive player of the year. He shot 52% from the field overall and 43.8% on 3-pointers and is listed in several prognostications as a likely lottery pick.

Jerome , a 6-foot-5 junior, was the starting point guard for Cavaliers, but also played some shooting guard. He led the Cavaliers with 202 assists and was second on the team with 79 3-pointers.

The two teamed up on one the most memorable plays in the national championship: Jerome penetrated the lane against Texas Tech and found Hunter for a 3-pointer that sent the game to overtime.