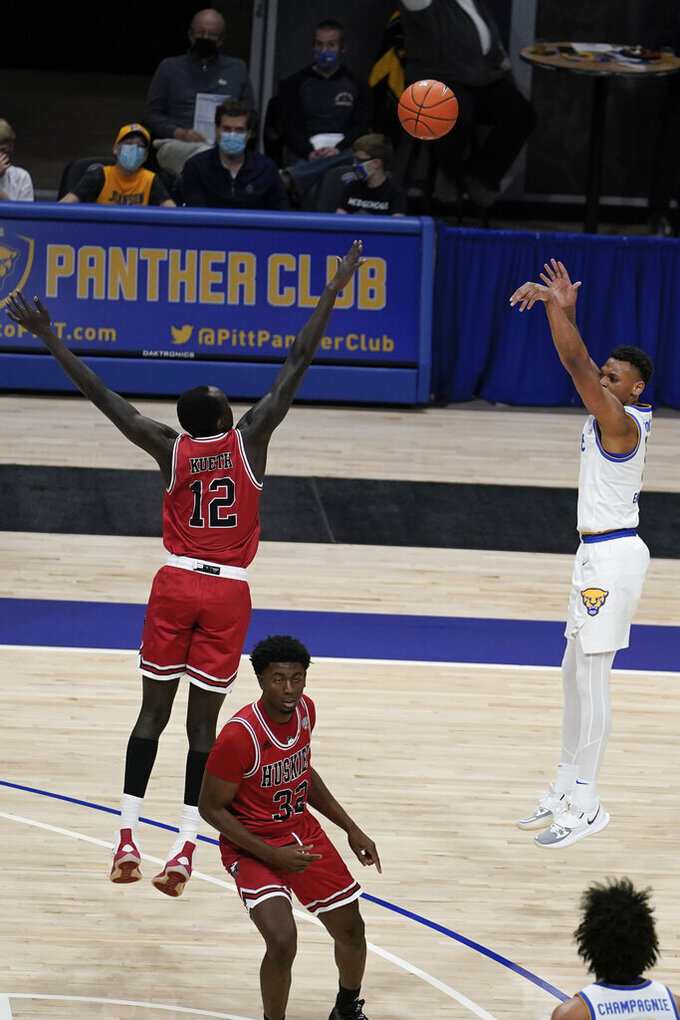 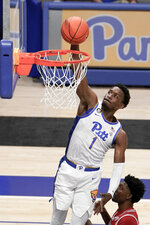 PITTSBURGH (AP) — Justin Champagnie had 22 points and 10 rebounds at Pittsburgh hit a season-high 14 3-pointers in the Panthers' 89-59 win over Northern Illinois on Saturday night.

Ithiel Horton, Xavier Johnson and Au'Diese Toney each scored 15 points for Pitt (2-1). Horton — who made nine 3s in a game for Delaware as a freshman — hit a season-high five 3-pointers, Champagnie added four 3s, and Johnson had seven assists.

Champagnie sandwiched a pair of 3-pointers around five points by Johnson in an 11-0 run that gave Pitt an 18-point lead with 39 seconds left in the first half. The Panthers, who made a combined 11 of 43 (25.6%) from behind the arc in their first two games, hit 9-of-20 3s before the break.

The Panthers tied their season high with nine steals and scored 31 points off 17 NIU turnovers.