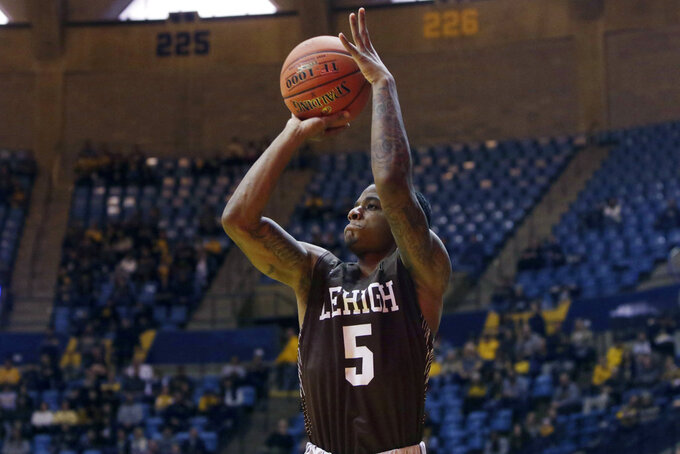 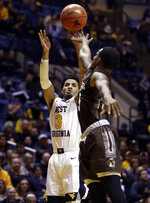 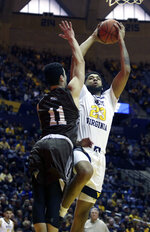 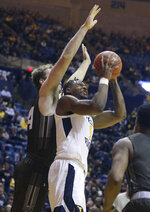 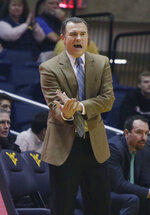 In only his second game in a Mountaineers uniform, Culver's pair of layups late in the game proved to be the difference in the win for WVU (8-4).

After a tightly played first 30 minutes and poor shooting by both teams, Culver scored nine second-half points to lift the Mountaineers to victory. Esa Ahmad and Beetle Bolden created opportunities which allowed WVU to pull away in the last five minutes.

"I'm blessed with the best coaching staff in the nation in my eyes," said Culver, whom Huggins suspended earlier this season. "I feel like they put me in a really good position to be able to get this double-double. I kind of got to give it to them."

West Virginia outrebounded Lehigh 52-25, including a 22-3 difference on the offensive glass. That led to a 30-2 WVU advantage in second chance points. Overall, the Mountaineers shot 41.5 percent from the field.

"We knew that we'd play a team that was going to be tough and does a good job even at a national level rebounding the basketball," Lehigh coach Brett Reed said.

Lehigh: After a pretty chalk non-conference season, with losses to Miami, Kansas State, Yale and West Virginia, the Mountain Hawks head into Patriot League as one of the favorites (along with Colgate) and start off against rival Lafayette.

West Virginia: Four of the Mountaineers' worst shooting performances have come in the last five games. With No. 11 Texas Tech, Texas and Kansas State on the horizon and defensive presence Sagaba Konate out with a knee injury, it could be a long, cold winter in Morgantown.

WVU freshman guard Jordan McCabe made his first start for the Gold and Blue after showing signs of improvement over the month of December.

"It was a great opportunity," McCabe said. "We worked hard, all of us throughout the week during practice. We're in a state right now where everybody is fighting for minutes constantly. So, it felt good to run out there for the first time."

The key player missing for West Virginia was defensive leader Sagaba Konate who has missed the last three games (and four of the last seven) for the Mountaineers due to a knee injury and will sit out for another one to three weeks, according to WVU.

Over the eight games he has played in, he has 22 blocks on the season, even setting the program's career-record in a nine block effort against Pittsburgh. He also has six steals and averages 13.6 points and eight rebounds per game.

West Virginia will host No. 11 Texas Tech in a Big 12 opener on Tuesday.