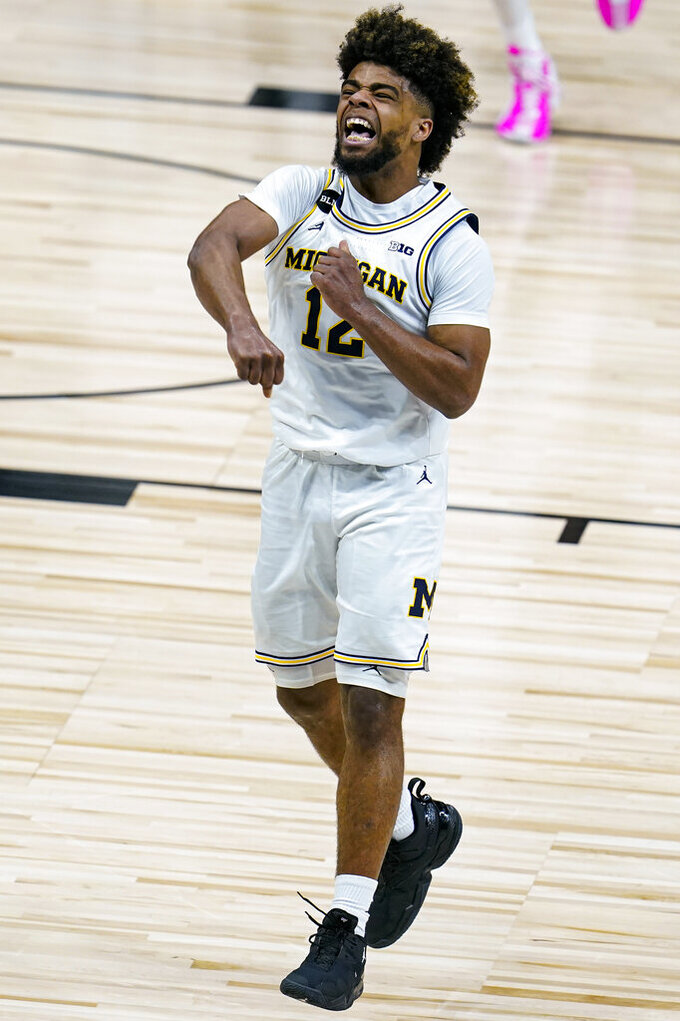 Three years ago, Mike Smith and Seth Towns were playing against each other in the Ivy League. Last week, those two made quite an impression on quarterfinal day in the Big Ten Tournament.

Smith, a transfer from Columbia, had 18 points and 15 assists to lead Michigan over Maryland. Then Towns, a former Harvard star, made a big 3-pointer in overtime to help Ohio State outlast Purdue.

“A lot of people in the Ivy League get looked down on. You’re quote-unquote only there for academics. But we have players that can play,” Smith said that day. “Not only today but throughout the season, we’ve shown that Ivy League guys can play.”

There are no Ivy League teams in the postseason this year — the conference called off its season because of the coronavirus pandemic — but the league is still being represented in the NCAA Tournament on both the men’s and women’s sides. Some of the nation’s top teams have Ivy grad transfers making significant contributions, which is another indication of how much the conference has improved in recent years on the basketball court.

Smith came to Michigan after leading the Ivy in scoring average as a senior. The 5-foot-11 guard has started every game this season for the top-seeded Wolverines. They don’t need him to shoot as much as he did at Columbia, but he’s adjusted just fine, topping the Big Ten in assists per game.

Towns was the Ivy player of the year in 2018, but he missed the next two seasons because of injury problems. He’s been a role player at Ohio State, but his minutes went up during the Big Ten Tournament, and he scored a season-high 12 points in that win over Purdue.

Bruner played for Ivy championship teams at Yale in 2019 and 2020, then transferred to Alabama. The 6-foot-10 forward has dealt with knee problems but has been playing regularly since returning last month.

“He shoots it well, he handles it well, he passes it well. His skill level is high,” Crimson Tide coach Nate Oats said. “He’s got a presence about him. I think he’s really helped our seniors that were already here.”

There’s always an adjustment for any transfer. Now that he’s at Michigan, Smith’s playmaking is often more important than his scoring. Benzan’s role has changed, too, after she played point guard at Harvard. Ashley Owusu is there to handle that at Maryland.

“Coach (Brenda) Frese still wants me to be that vocal leader on the court that I was, so there are a lot of similarities between my two roles,” Benzan said. “But the major difference is that I have the freedom to focus more on my shot in the sense of being a pure shooter.”

And shoot she has. Benzan has made 50.6% of her 3-point attempts this season, the top mark in the nation.

The Ivy has quietly made strides over the past decade or so. Since 2010, the men’s teams at Cornell, Harvard and Yale have all won in the NCAA Tournament. Princeton’s women did too in 2015.

In 2019, Yale junior Miye Oni was an early entry into the NBA draft and was taken in the second round. Last year, Princeton’s Bella Alarie was the fifth pick in the WNBA draft. Earlier this month, former Princeton star Devin Cannady earned MVP honors in the G League Finals.

So if one of the top Ivy players becomes available as a grad transfer, it’s not surprising to see interest from major programs.

“When we targeted Bruner as the No. 1 grad transfer we wanted to get, there was a lot that went into it,” Oats said. “Just our style of play being one, his skill level as a big. The more I studied his film deeper, it was even more of a fit than what I originally thought.”

“I’m great friends with both Bryce and Seth, and especially Seth being in the Big Ten too," she said. "We got to see each other when I went to Ohio State, when he came to Maryland. We keep up with each other’s successes.”

The big question for the Ivy is what will happen when play resumes there. Will the league be able to pick up where it left off before missing this season?

For now, players like Smith have to carry the torch to some degree. He said he still hears plenty from his former teammates.

“They congratulate me all the time, win or lose,” Smith said. “This season’s just not for me and my family, but it’s for them as well, because they are not out there to play for themselves.”