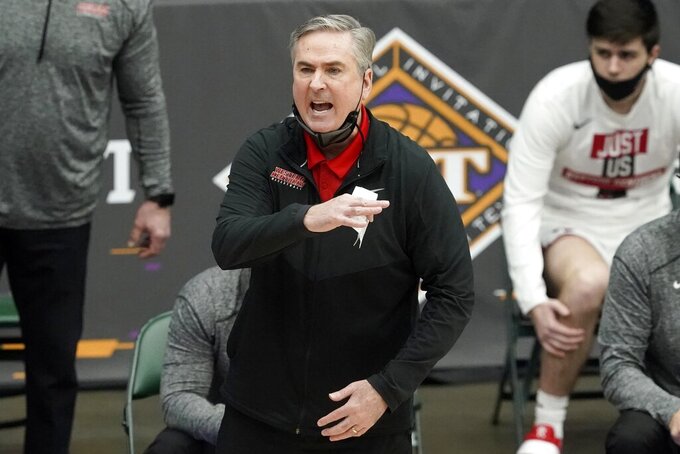 Western Kentucky coach Rick Stansbury gestures during the first half of the team's NCAA college basketball game against Louisiana Tech in the quarterfinals of the NIT, Thursday, March 25, 2021, in Frisco, Texas. (AP Photo/Tony Gutierrez) 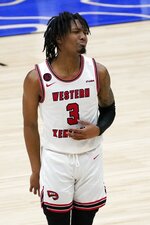 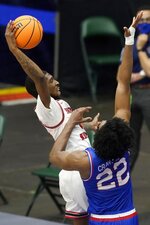 Louisiana Tech (23-7) will play Mississippi State on Saturday in Texas. It will be the first time the semifinals won’t be played in New York City since the tournament started in 1938.

Josh Anderson hit a 3-pointer to pull WKU to 70-65 with 25.4 seconds left, and Dayvion McKnight stole Louisiana Tech’s inbound pass. McKnight found Luke Frampton at the top of the arc but his 3-pointer hit the front of the rim.

Louisiana Tech’s final six shots of the first half were from 3-point range — making four during a 12-0 run for a 39-31 lead. Ledoux made all four of his 3-point attempts in the first half, scoring 14 points, and Louisiana Tech was 8 of 12. The Bulldogs finished 11 of 18.