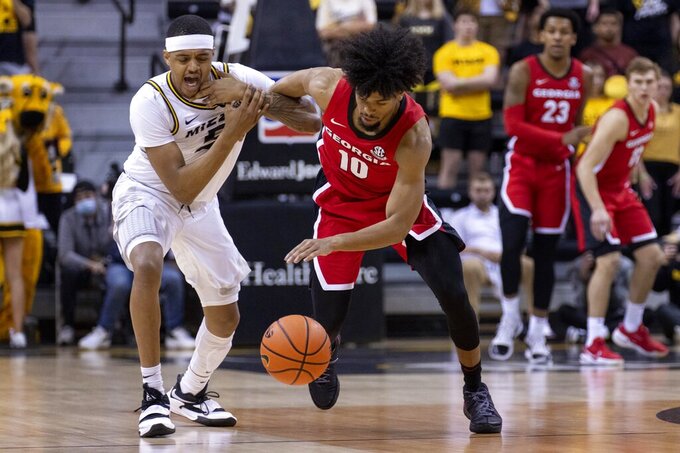 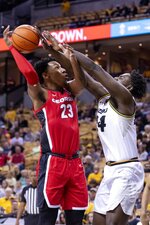 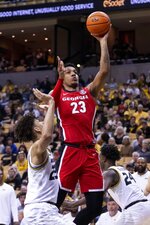 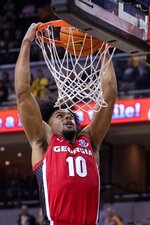 COLUMBIA, Mo. (AP) — Kobe Brown scored 15 of his 21 points in the second half when Missouri came back from an 11-point deficit to beat Georgia 79-69 in an SEC regular-season finale and snap a six-game losing streak on Saturday.

Javon Pickett scored all 12 of his points in the second half. Ronnie DeGray III and Jarron Coleman also had 12 points apiece for the Tigers (11-20, 5-13).

Brown fed Trevon Brazile — who had a career-high 10 rebounds plus four blocks — with an alley-oop feed for a dunk that ended a brief Georgia spurt and gave the Tigers a seven-point lead with three minutes left. Missouri made 8 of 10 free throws from there.

A Cook bucket after halftime extended a Georgia lead to 11 but Coleman responded with a 3-pointer as Missouri worked its way back. His third from the arc in the second half gave the Tigers their first lead at 54-52 and Pickett and Amari Davis added buckets for a six-point edge with 8 1/2 minutes to go.

Georgia made its first 10 shots and had a 14-point lead with five minutes left in the first half that ended 39-30.

Georgia didn't take full advantage at the line, making 21 of 33. Though it scored 22 points off turnovers, the Bulldogs lost the boards 43-24 with Missouri getting 19 second-chance points off 14 offensive rebounds.

Both teams head for SEC tournament in Tampa, Fla., that runs Wednesday through next Sunday.