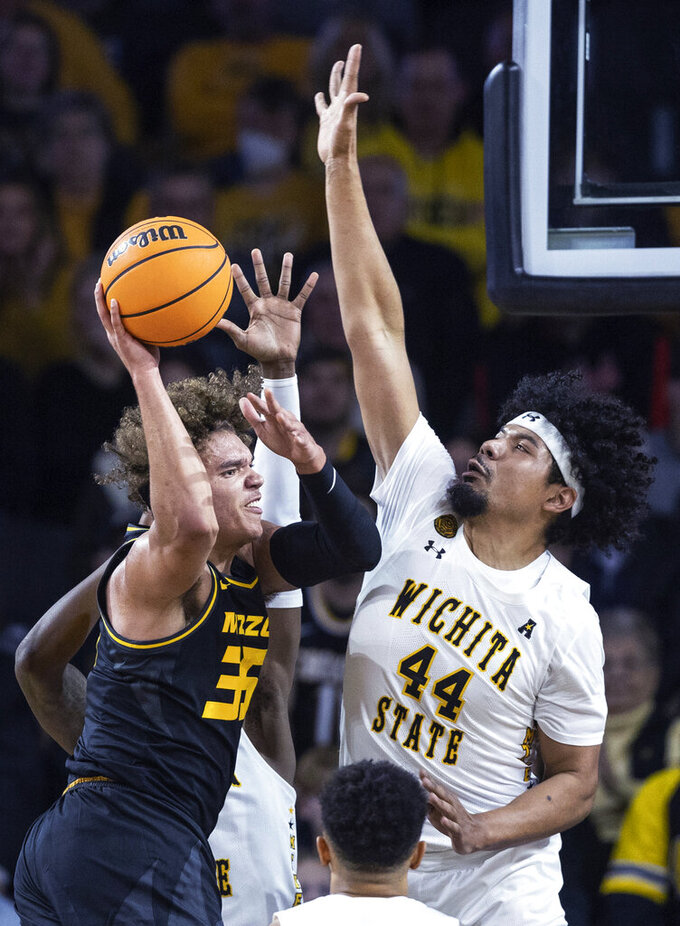 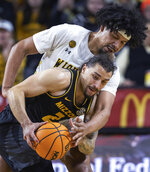 Carter had four points as Missouri scored the first six points of overtime, and his two-handed slam with 56.3 remaining gave the Tigers a five-point advantage. Wichita State pulled within three inside the final 20 seconds twice but didn't get closer.

Wichita State trailed for most of the first half and for first three minutes of the second but used a 12-1 run to lead 66-56 with 5:15 to play in regulation. Jaron Pierre Jr. made consecutive 3s during the stretch.

The Tigers answered with Carter scoring eight points during a 16-5 run to take the lead, 72-71, with 2:00 remaining in regulation. Hodge made 1 of 2 free throws with 9.7 seconds left to tie it at 75 and Gus Okafor missed a 3 on the other end.