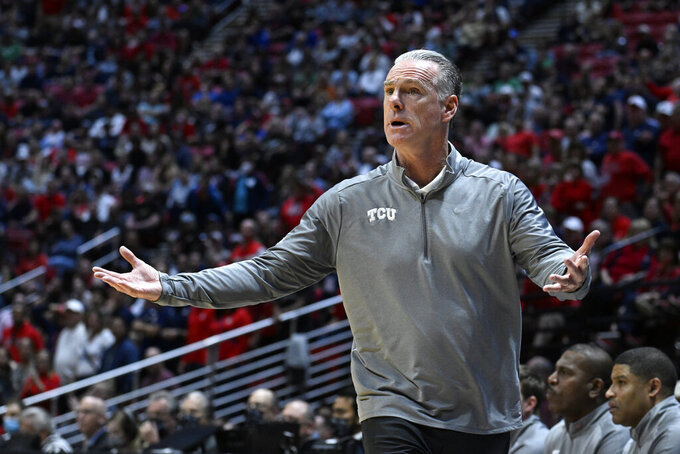 FORT WORTH, Texas (AP) — TCU announced a contract extension for coach Jamie Dixon through the 2027-28 season Friday after he led his alma mater to its first NCAA Tournament victory in 35 years.

Dixon was a player in 1987 the last time the Horned Frogs won a tournament game before they beat Seton Hall 69-42 on March 17. TCU lost to top-seeded Arizona 85-80 in overtime in the second round.

TCU bounced back strong after Dixon had a losing record for the first time in 18 seasons as a head coach in 2020-21, when the Horned Frogs finished 12-14 in the pandemic-altered season.

With a revamped roster this season, TCU surged late with consecutive victories over top 10 opponents in Texas Tech and Kansas to secure a tournament berth. Those were two of a school-record five victories over Top 25 teams.

The Horned Frogs finished 21-13, their fourth 20-win season in six under Dixon since he returned to TCU following 13 years at Pittsburgh.

“I’m excited to build on what we accomplished this past year and eager to get back in the gym to prepare for next season,” said Dixon, who is 117-84 at TCU and 445-207 overall.

Dixon was a senior on the 1986-87 TCU team that beat Marshall in the NCAA Tournament before losing to Notre Dame by a point. He coached the Horned Frogs to just their second NCAA appearance since then in 2017-18 before a loss to Syracuse.

The Horned Frogs have to replace their leading scorer after Mike Miles declared for the NBA draft following his sophomore season. Miles was one of the few returning players this season on a roster that included eight first-year transfers.