AP Was There: Villanova shoots lights out to upend Hoyas 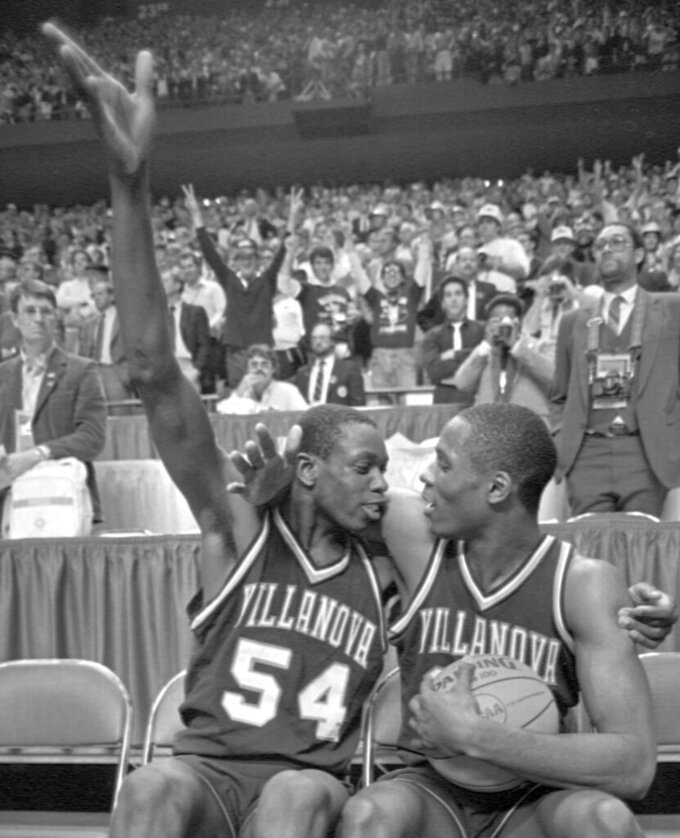 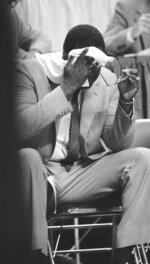 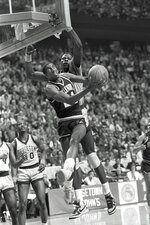 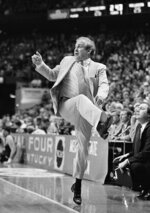 A panel of Associated Press sports writers voted in March 2020 on the top 10 men's basketball games in the history of the NCAA Tournament. They are being republished because the sport has been shut down because of the coronavirus pandemic. The following game was voted No. 4 and the following story was sent April 1, 1985.

Georgetown had won 17 straight games and completed the season with a 35-3 record and a 121-23 record in the four-year career of the 7-foot Ewing, a four-time All-American. Villanova, 25-10, was beaten twice by the Hoyas during the regular Big East season, 52-50 in overtime and 57-50, and Georgetown entered the game a nine-point favorite.

“No one thought we could do it, but I did,” Villanova coach Rollie Massimino shouted afterward. And the rotund coach and his unranked crew from the Philadelphia suburbs had plenty of heroes to go around.

Dawyne McClain hit two free throws and Harold Pressley one of two to provide the margin of victory, with Georgetown's Michael Jackson completing the scoring with a field goal with four seconds remaining.

The Wildcats also hit 22 of 27 free throws and matched the Hoyas on the boards with 17 rebounds. And they limited Ewing, the Hoyas' All-American center, to 14 points.

Georgetown was trying to become only the seventh team and the first since UCLA in 1973 to repeat as NCAA champions. They were being rated among the greatest teams of all time, after breezing through the last part of their schedule and looking stronger with each game.

But Villanova, which finished in a third-place tie in the Big East Conference with Syracuse, began a six-game winning streak in the tournament, knocking off other ranked teams such as No. 2 Michigan and No. 5 Memphis State in Saturday's semifinal.

Their upset victory was akin to that of North Carolina State, which won the NCAA title two years ago as an overwhelming underdog. But that N.C. State team finished with one more victory against its 10 losses, and the 16th ranking in the final pre-tournament poll. All Villanova had to show was hope as it entered its sixth consecutive NCAA tournament, a competition they had never won.

The Wildcats pulled ahead 29-28 at halftime and after Ewing hit an opening jumper in the second half, they went up 36-30 with Harold Jensen's basket, a three-point play by Pinckney and a jumper by Gary McLain.

McClain's three-point play kept them up 41-36, but Georgetown came back and went ahead on David Wingate's jumper 42-41 with 9:49 remaining.

The lead changed hands five times, the last on a jumper by Pinckney, who was named the tournament's Most Valuable Player. McLain hit two free throws for a 49-46 lead.

Again the Wildcats went ahead by five on a Pinckney jumper but Georgetown came back with six straight points. Wingate's drive put the Hoyas ahead 54-53.

Pinckney then lost the ball trying to drive against Ewing and the Hoyas went into a spread offense. But Horace Broadnax, attempting to pass to Bill Martin, threw the ball off a Villanova player and it bounced off Broadnax's feet.

Broadnax then made a basket but Jensen, a reserve sophomore guard who played most of the game, connected for two more free throws.

McClain then missed a free throw, snapping his string of 20 consecutive foul shot tosses in the tournament, and Jensen also missed the front end of a one-and-one.

Michael Jackson scored for Georgetown before Pressley went to the line for two free throws and made only one.

Ewing , the AP Player of the Year, hit seven of 13 shots from the field but grabbed only five rebounds. Wingate had 16 points, hitting eight of 14 from the field.

Bill Martin and Reggie Williams also hit 10 points apiece for the Hoyas. All of Williams' points came in the first half.

The Hoyas shot 52 percent and went to the free throw line only eight times, connecting on six of them. Villanova, meanwhile, shot an incredible 90 percent from the field in the second half.

Villanova's hot shooting overcame 17 turnovers forced by the relentless Georgetown defense, which pressed and trapped virtually all the way. Pinckney, a 6-foot-9 1/2 senior, hot on five of seven from the field.