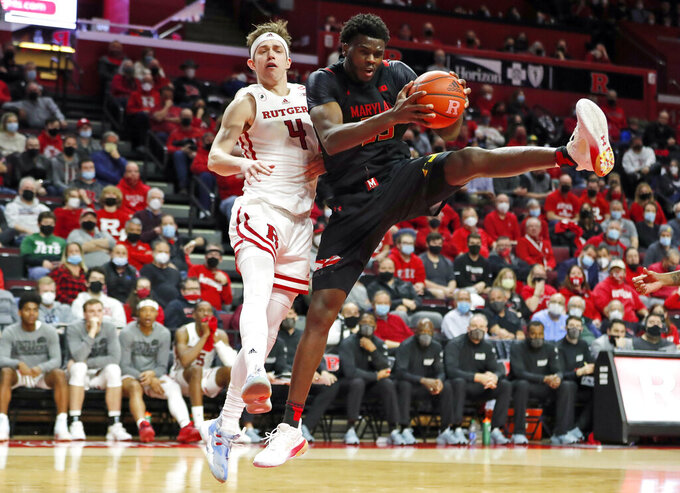 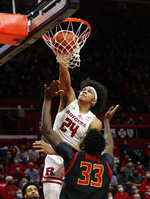 Not until the end did the Scarlet Knights reduce their double-digit deficit which Maryland enforced most of the game.

For Rutgers, Geo Baker did his part to try and keep the Scarlet Knights in it, scoring 14 points on going 4 for 6 from behind the 3-point line.

Maryland recorded a season-high 12-made 3s in 25 attempts. Ayala's five 3s moved him to fifth-place all-time in the program for made buckets beyond the arc. Now with 200, he sits 39 shy of tying Juan Dixon for the top spot.

Ayala finished 5 for 9 and Russell 5 for 8 from deep. Russell entered just 2 for 14 from 3-point range n his last five games.

The Terrapins (11-9, 3-6 Big Ten) host Indiana on Saturday while Rutgers (11-8, 5-4) heads to Nebraska for a Saturday contest against the Cornhuskers.