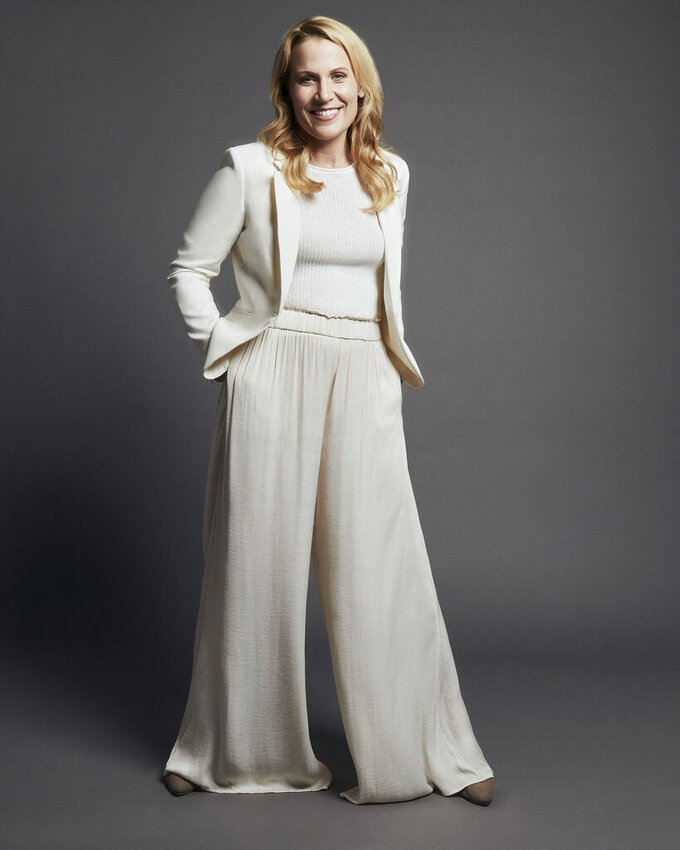 This undated photo provided by Fox Sports shows Lisa Byington. Starting Friday, March 19, 2021, in Indianapolis, Byington becomes the first woman to call play-by-play for an NCAA college men's tournament game. Her first game will be a South first-round matchup between top-seeded Baylor and Hartford, which will air on truTV. (Courtesy of Fox Sports via AP)

Lisa Byington's favorite event since she was 10 years old has been the NCAA Tournament after she saw Indiana's Keith Smart hit the game-winning basket and David Barrett's “One Shining Moment” played for the first time.

Starting Friday in Indianapolis, Byington gets her own shining moment when she becomes the first woman to call play-by-play for an NCAA men's tournament game. Her first game will be a South first-round matchup between top-seeded Baylor and Hartford, which will air on truTV.

Byington will call four first-round games and some additional second-round matchups. She has called college football and basketball on Fox Sports and the Big Ten Network as well as the WNBA’s Chicago Sky and some local broadcasts of Chicago Bulls games.

Byington has been a part of CBS and Turner’s coverage of March Madness since 2017 as a reporter. She said discussions about calling games began in early February. CBS and Turner usually have eight announcer crews for the first weekend but will have 10 this year.

“Watching this event has always been the Super Bowl for me, so you can kind of put that in perspective of what it means,” Byington said. “In terms of the history piece, this is one step closer to get to a point of where we want to go. I look at this as just one part of a bigger story.”

This is only the latest milestone for Byington. She was the first woman to do play-by-play for football on the Big Ten Network in 2017. A year later, she called a Major League Soccer game alongside Danielle Slaton and Katie Witham in what was believed to be the first all-female broadcast of any of the five major men’s professional leagues in the United States.

Byington will call games with former NBA and Michigan State standout Steve Smith. The two have known each other since she was a reporter in Lansing, Michigan. Byington was also the reporter when Smith and Spiro Dedes were the announcer crew from 2017-19.

Even though there will be more people watching the games, Byington said she will take the same approach as she did throughout the season.

“When I look out on the court, it’s the same sort of sport that you call all year long and those are the simple things, the basic things that you have to remind yourself in this kind of situation,” she said.

There will be some nerves, but Byington said that has happened even when she played basketball and soccer at Northwestern.

“My mom always told me when I was a little kid, that if you don’t feel those butterflies, then you realize you don’t care,” she said. “I got a text message from (Turner announcer) Brian Anderson right as the selection show was starting and all it said was, ‘If you don’t feel butterflies right now, you are a robot.’ So that made me feel good about what I was feeling. I’m going to be excited, as anyone that would be for this kind of opportunity.”