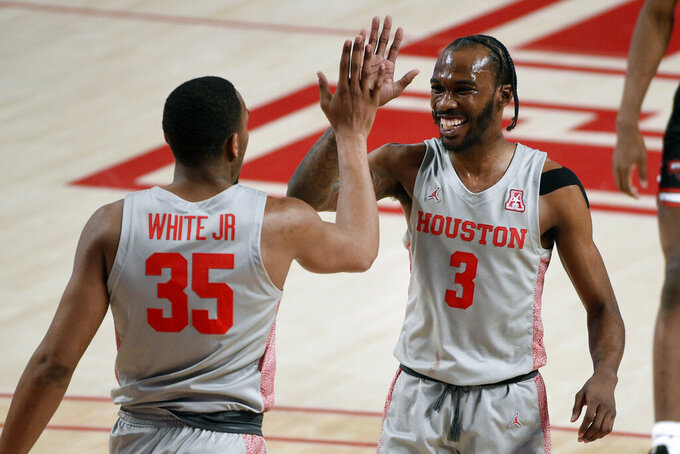 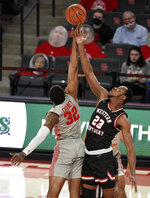 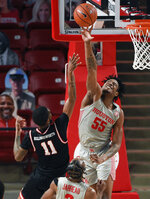 Grimes scored 21 points in the first half, including 18 straight at one point. The junior guard finished 11 of 21 from the field, making 8 of 16 on 3-pointers.

“It’s what Quentin does,” Houston forward Justin Gorham said. “We know he’s capable of it. We see it every day in practice and even in games. We trust Quentin to take the shots he takes, and coach (Kelvin Sampson) trusted him, so when he got going, we tried to feed him the ball, tried to find him and let him rock out.”

Despite Grimes’ scoring, Sampson zeroed in on Grimes’ rebounding.

“He’s a lot better when he rebounds,” Sampson said. “He had six in the second half. I didn’t ask for his autograph at halftime or tell him how great he looked. I told him if he wanted to be a complete player, he better play both ends and rebound, and that’s what he did.”

Houston forced the Hilltoppers (15-5) into 20 turnovers, which they turned into 27 points.

“A lot of those were (Grimes) 3s off our defense,” Sampson said of the points off turnovers. “(Quentin) got going early and his confidence was buoyed throughout the game, and we’re really conscious to keep encouraging him to shoot it. His confidence level is sky high right now.”

“You can’t play 21, 22, 23 minutes, whatever it was when we took the lead,” Western Kentucky coach Rick Stansbury said. “You have to be able to play 40 minutes to have a chance against a team like them.”

Bassey, the Hilltoppers’ leading scorer with 18 points a game, was double-teamed throughout. He finished 3 of 7 from the field.

“It was real simple, they fronted him when they could front him and they pressured that ball which made it hard to pass,” Stansbury said of Houston’s defense on Bassey. “If they got behind him and we got it to him, they went and doubled him every time.”

Trailing 40-39 early in the second half, Houston used an 18-2 run to take a 15-point lead on a 3-pointer by Jarreau with 13 1/2 minutes remaining. Jarreau had seven points in the spurt.

Western Kentucky got no closer than 12 the rest of the way.

Western Kentucky: The Hilltoppers missed a chance to strengthen their NCAA Tournament resume with a marquee win. Western Kentucky, which leads the Conference USA East Division, played its third game since Jan. 24 and first since Feb. 13.

Houston: The Cougars, who extended their home winning streak to 23 games, helped strengthen their case for a higher NCAA Tournament seed. … The Cougars finished with eight blocks and 13 steals and committed nine turnovers.

“We thought this game was like an NCAA Tournament game. Different conference, first round you don’t know who you’ll play. You’ll play a school from anywhere, so we just looked at it like that. We took that mindset and knew we couldn’t lose.” – Gorham on Houston’s mindset for the late season nonconference game.