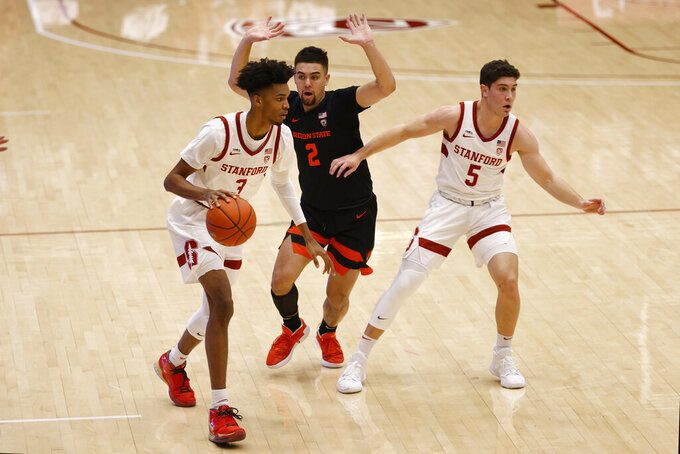 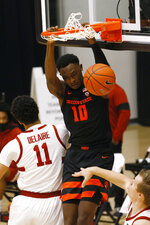 STANFORD, Calif. (AP) — Jarod Lucas scored a career-high 26 points to lead Oregon State to a 73-62 victory over Stanford on Saturday.

Ziaire Williams scored 14 points off the bench to lead Stanford. Lukas Kisunas matched his career best with 12 points and Spencer Jones had 10. The Cardinal had a 10-point lead in the first half, but the Beavers closed on a 14-5 run to cut the deficit to 34-33 at the break.

Oscar da Silva, the Cardinal's leading scorer and rebounder, missed his second straight game due to a lower extremity injury.

Oregon State, which has won three of its last four games, plays at Utah on Wednesday and ends its regular season at home against Oregon on Saturday.

The Cardinal will look to end a three-game losing skid when they face No. 19 Southern California on Wednesday to end their regular season.