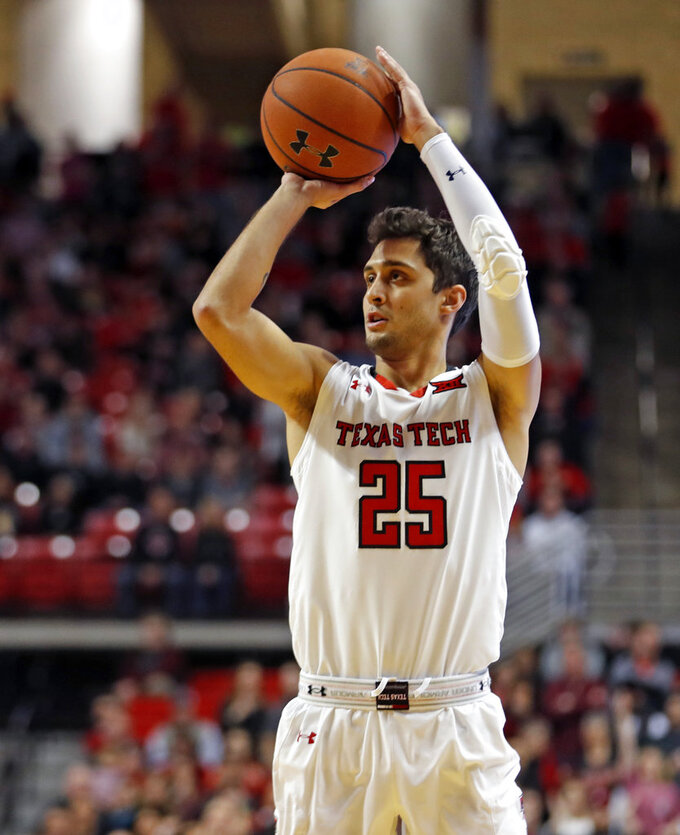 Texas Tech's Davide Moretti shoots a 3-pointer against Oklahoma during the first half of an NBA basketball game Tuesday, Jan. 8, 2019, in Lubbock, Texas. (AP Photo/Brad Tollefson) 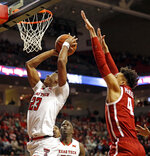 Culver scored 23 points, grabbed a career-high 13 rebounds and scored seven straight Texas Tech points to break a tie late in the second half, leading the No. 8 Red Raiders to a 66-59 win over 23rd-ranked Oklahoma on Tuesday night.

After Aaron Calixte hit a 3-pointer to get the Sooners back within two, Culver muscled through a crowd to rebound his own miss of a short bank shot and powered up over two defenders for a bucket and a 58-53 lead.

"Guys on both teams fought like crazy," Sooners coach Lon Kruger said. "Right there at the critical stages, we didn't get critical stops we needed. We turned it over, we didn't take care of the ball and we had a couple of breakaways we didn't finish in transition."

The Sooners were up 40-33 after Manek hit a 3-pointer with 17:23 to play, but Brandone Francis sparked a 12-4 run by Texas Tech with a 3. Matt Mooney's layup put Texas Tech in front before Manek hit another 3 to get Oklahoma even at 51-all.

Culver took over from there, finishing 8 of 13 from the field while scoring nine of Texas Tech's final 15 points. It was his first double-double of the season and second of his career.

"He can do so many things," Kruger said. "He can score from 3, he can drive and kick, he followed his own shot. He's just a really good all-around player."

Oklahoma: The Sooners dropped their second Big 12 game in the first three, but it's hard to argue anybody has played a tougher early schedule. They still need more of an inside presence to get back on track.

Oklahoma: No. 25 TCU at home Saturday.

Texas Tech: At Texas on Saturday.