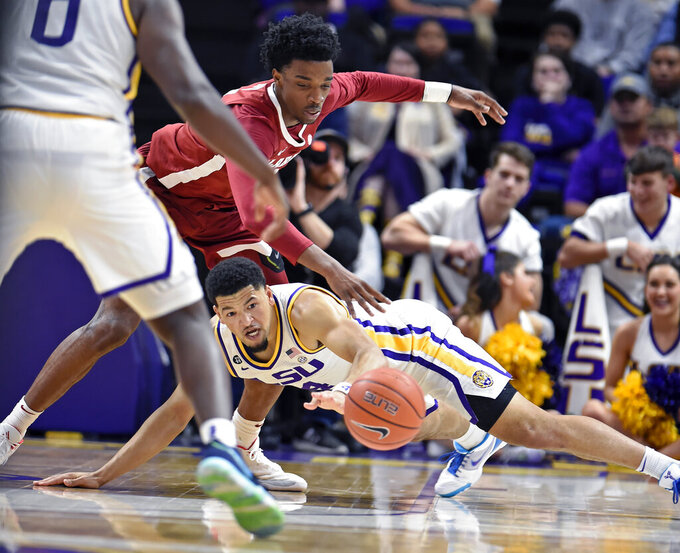 TUSCALOOSA, Ala. (AP) — Alabama starter Herbert Jones had surgery on his broken left wrist and is out indefinitely.

Alabama said the swingman had successful surgery Saturday at Andrews Sports Medicine/St. Vincent's Hospital and is expected to make a full recovery. He was injured in the first half against LSU on Wednesday night.

Crimson Tide coach Nate Oats announced Jones' status ahead of a game against Arkansas on Saturday. Oats says Jones “has been playing as well as he has all season, and this is certainly a tough blow" to the team.