For Harvard coach Tommy Amaker, class is always in session 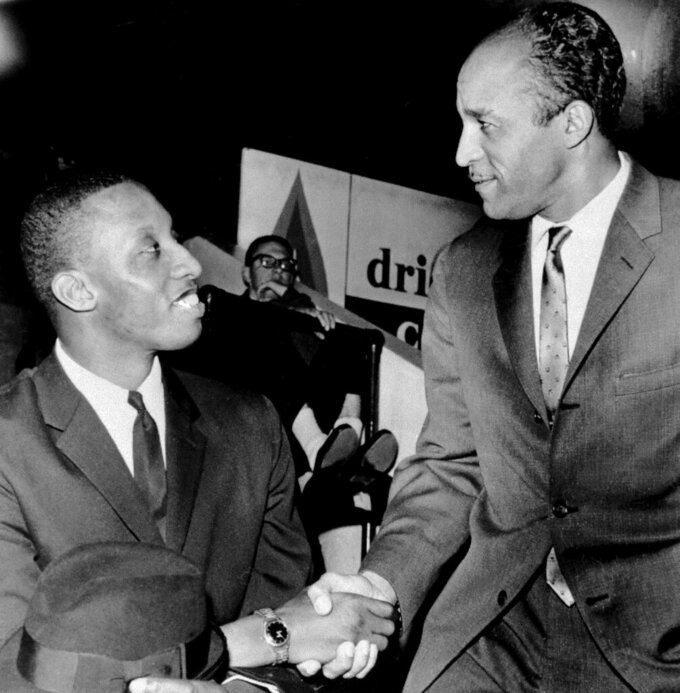 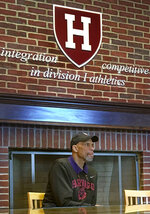 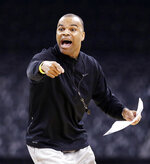 CAMBRIDGE, Mass. (AP) — When George Floyd died under the knee of a Minneapolis policeman, Harvard basketball coach Tommy Amaker knew it was time to get to work.

Or, more precisely, back to work.

He lined up guest speakers, many of them Black leaders and veterans of the civil rights movement. A program to place minority interns in college athletic departments was launched. Harvard coaches made sure every player on the team had registered to vote.

None of it was new for Amaker, nor was it a surprise to those who have watched him invigorate the Harvard basketball program even as he made it a model for others only now awakening to social justice causes.

“In Tom’s case, he’s been doing it for years. And it’s been authentic,” said Kentucky coach John Calipari, who partnered with Amaker on the internship program named for John McLendon, one of basketball’s first Black coaches. “You know, it’s not for optics. He’s not doing it now because this all hit. He was doing it for these kids because he knew it would make a difference.”

Floyd’s death this spring sparked an unprecedented outpouring of anger over police violence against Black men and women — a concern that soon spilled into sports.

NBA players walked off the court, refusing to play without the promise of change. The WNBA’s Atlanta Dream took a stand against its own owner, U.S. Sen. Kelly Loeffler, a Georgia Republican, when she belittled the Black Lives Matter movement. Even the long-dismissive NFL painted slogans such as “End Racism” in its end zones (while players such as Colin Kaepernick and Eric Reed remain out of the league).

But in college basketball, where most of the players are Black — and all of them are supposed to be there to study — programs have been presented with the teachable moment of our times.

And some of them are looking at Harvard for the blueprint.

“I’ve had many coaches, many people who have called and inquired, ‘Talk to me more about what you guys have done. Can you help me maybe do this where I am?'” Amaker said. “And I’ve had so many former players that reach back and say how grateful they were to be a part of this program.”

A former Duke point guard who coached at Seton Hall and Michigan before arriving at Harvard in 2007, Amaker took over a program that had never won an Ivy League championship, beaten a ranked team or cracked The Associated Press Top 25. Under his leadership, the Crimson have claimed seven conference titles, twice advancing in the NCAA Tournament as a double-digit seed.

But ask Amaker about his successes, and he is as likely to point with pride to former captain Christopher Egi, who while in school created a nonprofit called “No More Names” to fight for fairness in the criminal justice system and encourage the youth vote.

Or 2018 Ivy League Player of the Year Seth Towns, who a day after his remote Harvard graduation this spring was detained by police at a protest over Floyd’s killing. (Amaker’s first public statement about the killing was a tweet in support of Towns.)

“He’s looking at the whole person, and he realizes that it doesn’t end with the box scores and how many points they got,” said sports sociologist Harry Edwards, one of the many guests Amaker has brought in to speak to his team. “It ends with what kind of a human being does he turn out.

“This wasn’t a trick on his part. This wasn’t an effort to show that he was cool or in touch,” Edwards said. “This was going on when Black Lives Matter was still a slogan.”

After all, coaching is teaching, Edwards said. But while many college coaches are content to look no farther than the boundaries of the court, Amaker sees it as the starting point.

The Harvard basketball media guide includes among the statistics and bios a section called “Teach. Lead. Serve.” In it, there are pictures of players with figures from Miami Heat President Pat Riley to American Express CEO Ken Chenault to actor and rapper LL Cool J.

“I just remember studying Harry Edwards in high school,” said Towns, adding that he has kept in touch with the civil rights pioneer who worked with athletes from Jon Carlos and Tommie Smith to Kaepernick. “Coming to meet him, and him sending me handwritten letters — things I could never imagine — helped propel my passion for social justice.”

The son of a schoolteacher, Amaker was the only Black varsity coach among Harvard’s 32 teams when he was hired. He soon set out to create a community of Black leaders on campus and connect it to his program.

His monthly “Breakfast Club” brings players together with Harvard faculty and staff and Boston bigwigs — many, but not all, African-American — for informal chats with guests that have included Edwards, NBA player-turned-Congressman Tom McMillen and Massachusetts Gov. Charlie Baker.

“He wants the team to reflect Harvard’s best efforts to show diversity,” said Basketball Hall of Famer Kareem Abdul-Jabbar, who spoke to the team in 2016. “That has a big effect on other schools, which in turn has a big impact on society.”

He scheduled a game against Howard, the historically Black school in Washington, on Martin Luther King Jr.’s birthday in 2019. While there, the team visited the MLK Memorial and met with Supreme Court Justice Elena Kagan, the former Harvard Law School dean, who talked to them about clerking for Thurgood Marshall.

In Atlanta to play Mercer in 2018, the Crimson met former president Jimmy Carter and ate at Paschal’s Restaurant, known as a favored meeting spot for King and his lieutenants. They also made a stop at the King Center, the National Historic Site dedicated to the civil rights leader’s legacy.

“I don’t see (Amaker) preach. I don’t see him telling guys what to think," said Arne Duncan, a former Harvard basketball player who served in the Obama administration as secretary of education. "I see him exposing them” to new ideas.

When Harvard played Stanford in Shanghai in 2016, a trip that also included a meet-and-greet at the online commerce company Alibaba and a visit to ancient temples, faculty members from the fields of Chinese language and history traveled along.

A player from each team was selected to speak; Harvard center Zena Edosomwan, an East Asian Studies concentrator, addressed the crowd in Chinese.

"Tommy ... knows that a very small number (of players) will make basketball their life’s work,” former Harvard president Drew Gilpin Faust said. “He is preparing them to lead lives of meaning and purpose, to make contributions in whatever field they choose, to serve a society he has helped to educate them about.”

Faust, a Civil War historian who led the school from 2007-18, made Amaker a special advisor. He also served on the school’s Diversity, Inclusion and Belonging Task Force.

As the co-director of the National Association of Basketball Coaches’ Committee on Racial Reconciliation, Amaker has used his position to argue for a required course on Black history. And he has campaigned for the NCAA to drop the SAT and ACT as eligibility requirements, citing a history of racial disparity.

(The College Board, which administers the SAT, and the ACT each denied their test is discriminatory. “Standardized tests shine a light on these disparities; they don’t create them,” ACT spokeswoman Tarah DeSousa told the AP.)

Amaker doesn’t just talk about supporting Black-owned businesses; he brings his team to eat at Black-owned restaurants in Boston. Then they visit the Boys & Girls Clubs of Boston.

Duncan, who predated Amaker at Harvard, predicted the players will only remember a dozen or so games from their basketball careers.

“I’d bet a lot of money they’ll remember every single one of those off-court experiences,” he said. “Those experiences are a lot more important than throwing a ball in the basket.

“These are the kinds of lessons not just basketball coaches, but all coaches should be working with their student-athletes on in every way they can.”