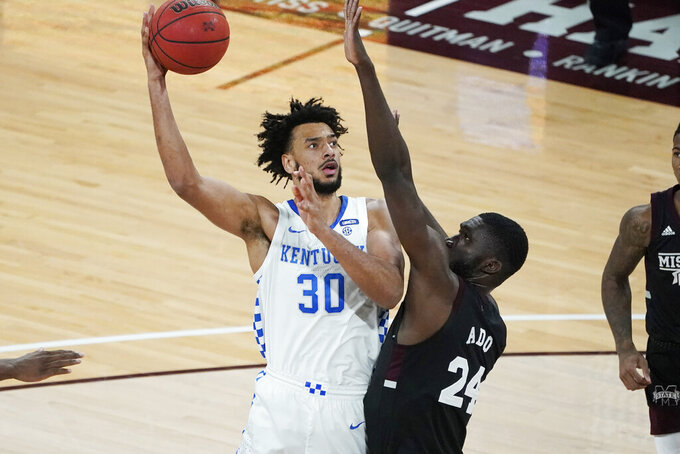 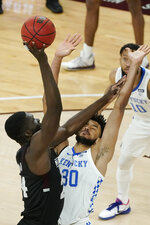 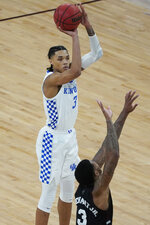 Allen finished 7-for-11 shooting from beyond the arc and 8-for-14 overall.

Olivier Sarr's 3 to start the second overtime gave the Wildcats the lead for good.

Iverson Molinar missed a contested 3 at the buzzer to send it to a second overtime. The Wildcats missed three shots on their final possession to force the first extra session.

Kentucky coach John Calipari was ejected after being issued consecutive technical fouls with 9:04 left in regulation and the Wildcats down 52-46 following Molinar's jump shot. Allen sank 5 of his 3s following Calipari's ejection.

Allen entered the contest having scored just a pair of baskets in 20 minutes of action prior to Saturday.

It was Kentucky's (2-6, 1-0 Southeastern Conference) first win since its season opener the day before Thanksgiving.

Kentucky is 15-0 vs. the Bulldogs under Calipari, and Calipari is 16-0 in his career vs. Mississippi State.