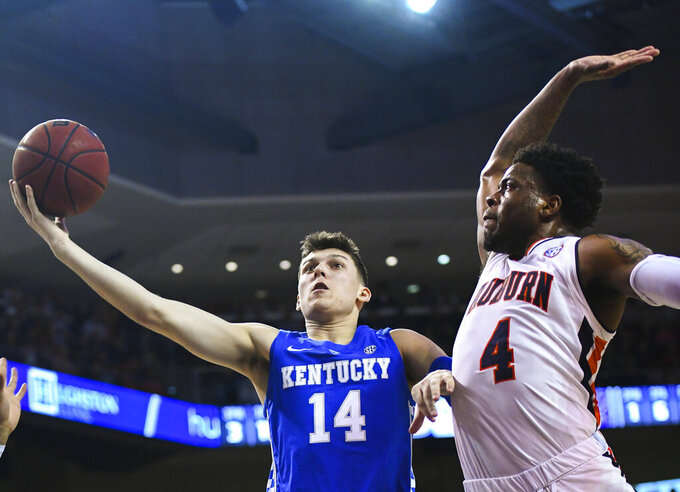 Here are some things to watch in Southeastern Conference basketball this week:

Can the SEC get the best of the Big 12? The Big 12 dominated the early years of its annual challenge matchup with the SEC, but the SEC has rallied lately. The SEC went 6-4 in this event last year, marking the first time it had ever won the majority of games. The two conferences split the 10 matchups in 2017. The Big 12 owns a 29-21 overall record in this event thanks to its 20-10 edge in its first three seasons. The bad news for the SEC is that three of its ranked teams won't be playing in this event. No. 16 Auburn and No. 22 Mississippi State are facing each other instead while No. 25 LSU visits Missouri.

No. 7 Mississippi State is the only SEC program ranked among the nation's top 14 teams this week. The other ranked SEC teams are No. 15 Kentucky, No. 19 South Carolina, No. 24 Texas A&M and No. 25 Missouri. Mississippi State will be playing the rest of the season without forward Chloe Bibby, who injured her knee last week in a victory over South Carolina . The 6-foot-1 Australian was averaging 12.6 points.