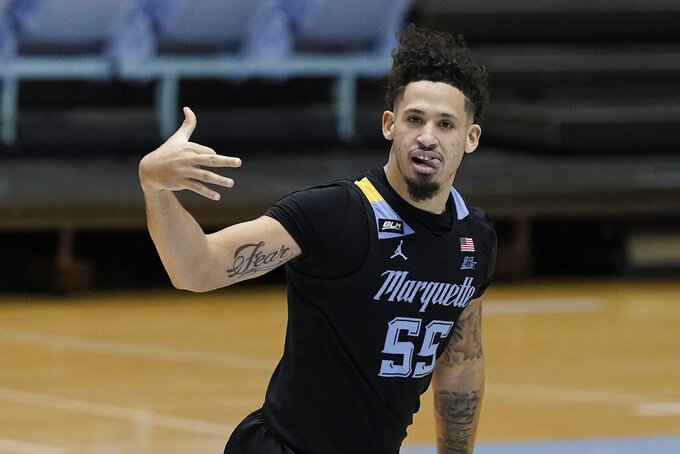 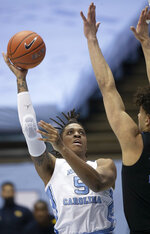 It was just North Carolina’s 18th nonconference defeat in the 35-year history of the Dean E. Smith Center.

North Carolina scored first but did not lead the rest of the way as Marquette answered with a 14-2 run. Garcia had 16 points in the first half and Greg Elliott added 13 as the Golden Eagles led 45-29.

Marquette struggled in the backcourt against North Carolina's pressure defense in the second half, having 10 turnovers to just nine made field goals with 5:22 remaining. But the Golden Eagles went on an 8-0 run, with six points from Carton, for a 79-63 lead with 2:38 left to seal it.

Elliott scored 15 points with four steals and Theo John had 11 for Marquette (11-12). The Golden Eagles, who are currently 10th in the 11 team Big East, entered having lost six of their last eight — with two victories over Butler.

The Tar Heels had postponed home games against Clemson (Jan. 9) and No. 16 Virginia Tech (Feb. 16), along with Tuesday’s road game at Boston College, amid COVID-19 issues involving their opponents.