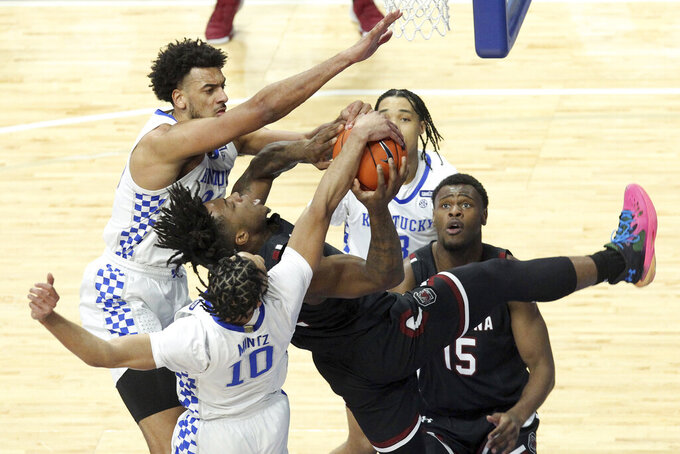 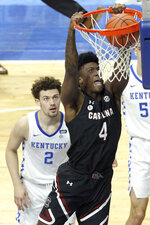 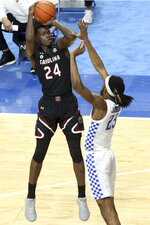 Mintz finished with 20 points and seven assists with five of his 3s coming in the opening five minutes of the second half, including three straight to boost the Wildcats (9-15, 8-9 Southeastern Conference) to a 19-point lead, 55-36. Boston scored 21 points. Olivier Sarr added 15 points and Isaiah Jackson 13 points with 10 rebounds for his second career double-double.

Kentucky, which finished with its first losing record in the SEC since 1989, will open conference tournament play on Thursday. It’s the first time Kentucky hasn’t had a double bye since the tournament expanded in 2013. The Wildcats would need an amazing run in the conference and NCAA tournaments to avoid their first overall losing record since going 3-13 in 1926-27.

Kentucky outscored the Gamecocks 16-6 over the final nine minutes of the first half with Sarr scoring six points during the run. Boston had a trio of 3-pointers and 12 points in the half and Sarr 11. Kentucky scored nine points off turnovers and didn't give up any itself on its way to a 36-28 halftime lead.

The 28-point win was the largest margin of victory for the Wildcats since a 36-point triumph over Morehead State in their season opener.

This game was previously scheduled to be the SEC opener for both teams on Dec. 29 but was postponed because of COVID-19 issues at South Carolina.