Saint Mary's Logan Johnson has the respect of UCLA's Cronin 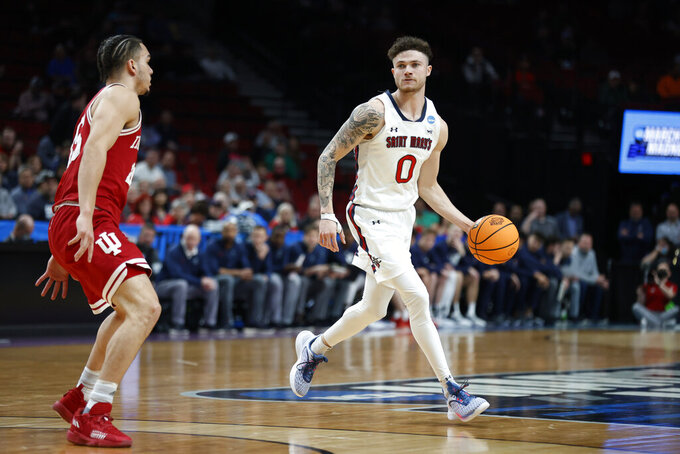 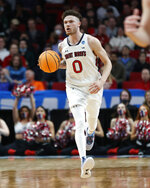 Cronin recruited Johnson to play for him at Cincinnati, but after just one season together in 2018-19, Cronin took the top job at UCLA. Johnson, a Northern California native, moved closer to home to play for the Gaels.

Their paths will cross again Saturday when the fourth-seeded Bruins face No. 5 seed Saint Mary's in a second-round East Region game.

“Recruited him because he's one of the best athletes that you'll ever see play college basketball,” Cronin said. “He's also one of the best people, from a great family. He impacts the game in every possible way. He blocks shots! How many point guards block shots?”

Said Johnson: “That's my guy, through and through.”

Johnson had 20 points and six rebounds to lead Saint Mary's (26-7) in an 82-53 victory over Indiana on Thursday night. The Hoosiers were playing their fifth game in seven days, and the Gaels simply overpowered them.

The Bruins (26-7) will no doubt be a greater challenge. But UCLA — which went to the Final Four last season — was tested in its opening round game against Akron. The Zips led at the half until the Bruins were able to pull away late and win 57-53.

Saint Mary's hasn't played UCLA since 1990 and the Gaels haven't beaten the Bruins since 1958.

Johnson’s journey to this postseason moment started with Cronin. The Bearcats went to the NCAA Tournament in 2019 but fell to Iowa in the first round.

After Cronin's departure, Johnson came home to California to play for longtime Gaels coach Randy Bennett, who had recruited him before his decision to head east.

Although he didn't play much as a sophomore, Johnson improved when he slowed down and learned to be patient, Bennett said.

“The longer he's been in here, it's been more and more and more of his team. And his leadership is tremendous,” Bennett said. “We don't have to tell him what to say, he knows what to say. he's one of those guys.”

Now a senior, Johnson is a steady leader for the Gaels, the only team to beat No. 1 Gonzaga in West Coast Conference play this season. He's averaging 11.8 points and 4.1 rebounds.

He credits Cronin for his mindset.

“Always being tough, always being physical, never expecting anything,” he said. “I think that's one of the things that I was able to carry over easily to Saint Mary's — that physical type of play.”

Saint Mary's is making its 11th tournament appearance. Saturday's game will mark the first time the Gaels have advanced to the second round since 2017. They went to the Sweet 16 in 2010, but fell to Baylor.

If the Gaels can down UCLA, they may meet the Bears again. Baylor, the East Region's top seed, plays No. 8 seed North Carolina on Saturday in Fort Worth, Texas.

Johnson would be happy to show that the WCC isn't just about Gonzaga.