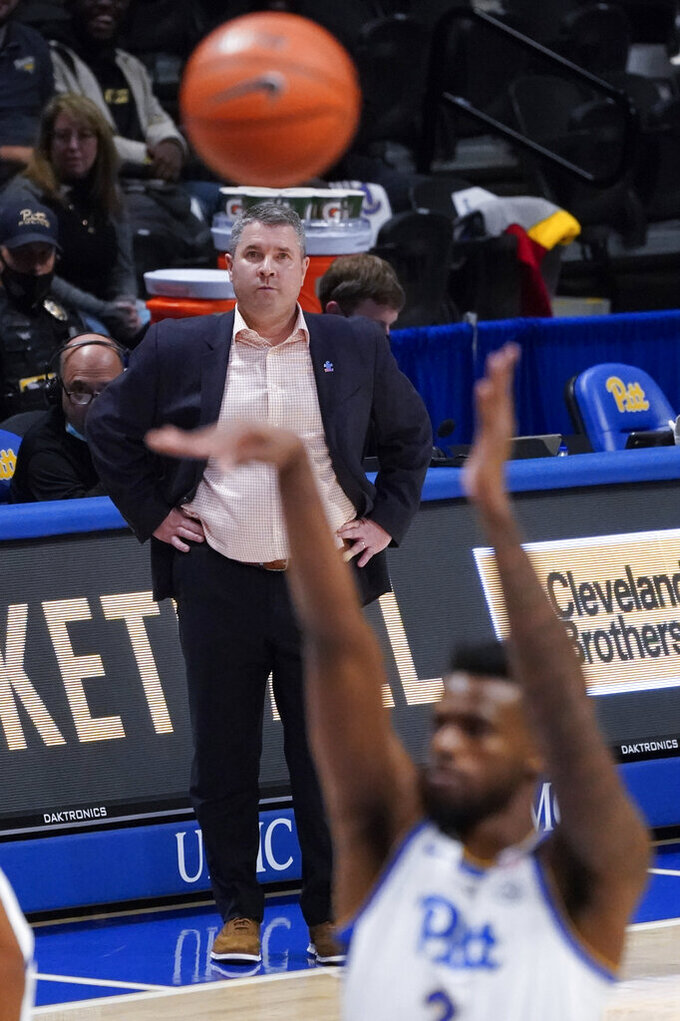 PITTSBURGH (AP) — Freshman Nate Santos hit four 3-pointers, scored 14 points and grabbed eight rebounds — all career highs — and Noah Collier made plays on both ends of the court in a decisive run down the stretch to help Pittsburgh beat Towson 63-59 on Friday night.

Dan Oladapo and Jamarius Burton — who was scoreless in the first half — added 11 points apiece for Pitt (2-2) as the Panthers tied their season high for points in a game.

Collier recorded a three-point play off a layup, threw down a contested two-hand dunk, stole a pass that led to a 3-by Odukale and blocked a shot before Odukale made 1 of 2 from the free-throw line to cap an 11-4 spurt that gave the Panthers a 59-55 lead with about a minute leftt Nate Santos and Burton each hit two free throws from there to seal it.

Collier finished with seven points on 3-of-3 shooting.

Cameron Holden made 9 of 15 from the field and led Towson (2-2) with 25 points and seven rebounds. Nicolas Timberlake scored 12 points and Terry Nolan Jr. 11.

Pat Skerry, in his 11th season as Towson’s coach, was an assistant at Pittsburgh during the 2010-11 season and helped the Panthers to a Big East regular season title and a 28-6 record.