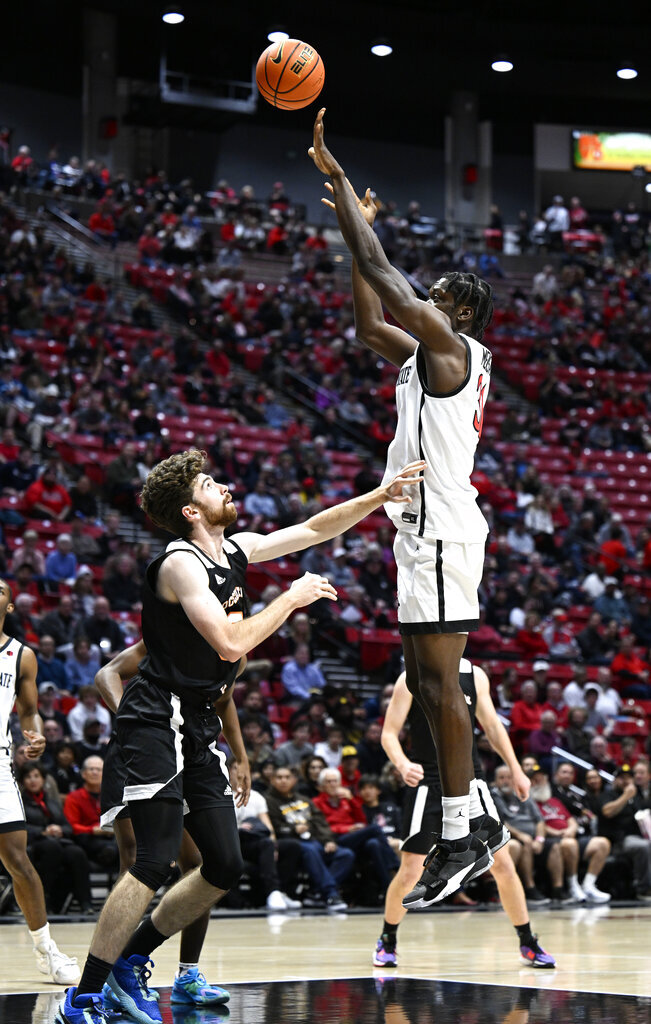 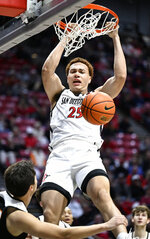 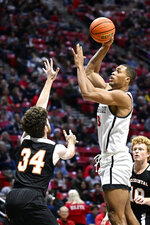 The Aztecs (6-2) hit 19 of 37 shots from 3-point range. They won their second in a row after consecutive defeats to Arizona and Arkansas at the Maui Invitational.

"We found our mission, we were moving the ball around. It was good to see it go in for everybody," Seiko said. “We put that (Maui Invitational losses) behind us. ...We want to just get better from here on out.”

“We sat them intentionally, they could have both played if we needed them," coach Brian Dutcher said. “We tried to get them extra rest leading into Monday because Monday will be a difficult game (hosting Troy).”

“It was the first zone we have seen all year," Dutcher said. “So that is good because Troy plays some zone and they will zone us on Monday.”

Seven players for the Aztecs hit 3s, including four for Micah Parrish. Dutcher said his team needs to hit seven 3s a game in the Mountain West Conference on average.

Against Occidental, the Aztecs were hitting 3s in bunches, including 13 for 22 in the first half.

“It's fun to see the basketball go in and to make 19 3s, I think it was an arena record ... 26 assists, everybody that played scored a basket," Dutcher said. “I thought Matt Bradley was absolutely sensational.”

Bradley had nine points and dished out eight assists.

“Matt moved it freely, he got everybody sharing the ball,” Dutcher said. “He is by far our best playmaker so when he is playing like that everybody gets involved.”

“Our schedule is ranked in the top 10 in the country right now, strength-wise. So I don't think this game hurts us at all, to play a lesser non-Division I opponent at home. It gives us a chance to grow our team and hopefully build some confidence,” Dutcher said. "It's a good game to get young guys in. Not every game can be a challenge."

The 19 3-pointers for San Diego State tops the Aztecs’ previous high for 3-pointers at Viejas, which was 17 versus Wyoming on January 29, 2011.

"We tied the arena record, that is crazy," Seiko said.

Occidental: The Tigers lost their other matchup this season with a Division 1 school, a 106-30 drubbing at UC-Riverside on Nov. 19.

San Diego State hosts Troy (6-2) of the Sun Belt Conference on Monday night. Troy has road victories over Florida State and Montana and gave Arkansas a tough game on the road on Monday night.