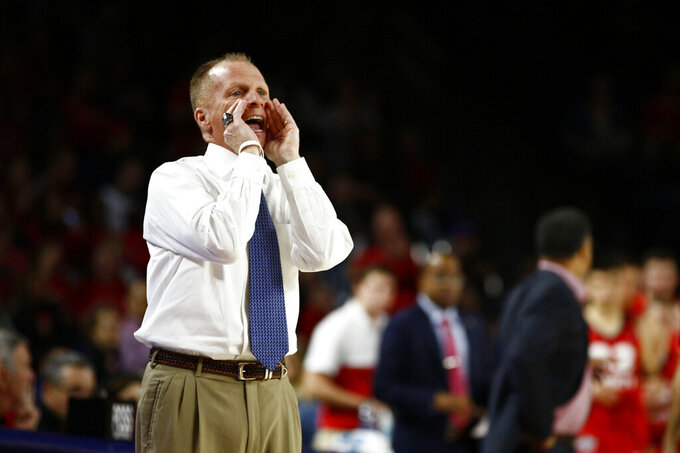 Athletic director Lee Moon made the announcement Friday, saying Driscoll “has established a standard for developing a championship-level culture both on and off the court.”

“He has built a highly competitive climate along with a true family atmosphere, which is a goal of our entire athletics department,” Moon added.

The extension keeps Driscoll under contract through May 2025. His current deal ends in May 2022. Financial details were not released.

Driscoll has spent the last 11 seasons at UNF and led the Ospreys to the NCAA Tournament in 2015. He is 184-179 at UNF, with 105 of those wins coming in Atlantic Sun Conference play.

UNF has notched double-digit wins every year under Driscoll's direction, including three seasons with 20 or more victories. Driscoll and his staff were named the 2019-20 A-Sun Coaching Staff of the Year for the third time in his career.