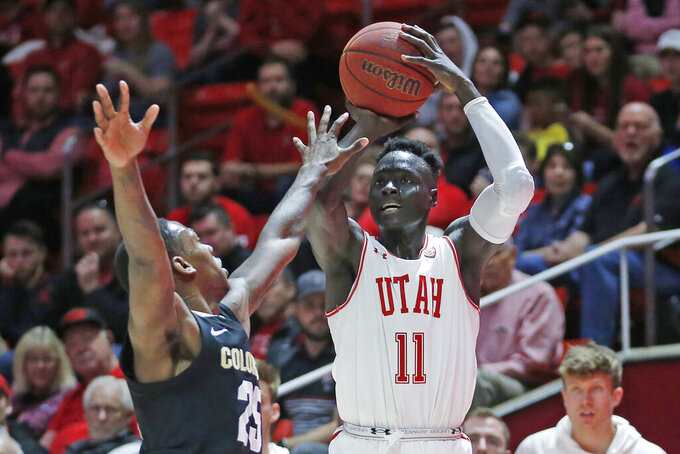 MINNEAPOLIS (AP) — Utah guard Both Gach (pronounced booth gotch) has decided to transfer to Minnesota to play his last two seasons of college in his home state.

Gach announced his move on Twitter on Monday. The Gophers confirmed the addition on Wednesday of the 6-foot-6, 183-pound native of Austin, Minnesota, who helped lead his high school to the Class 3A state championship game in 2017. Gach played one season at a prep school in Arizona before going to Utah.

Gach was second on the Utes in scoring as a sophomore last season with an average of 10.7 points per game. He became the third player in program history to post a triple-double, with 12 points, 10 rebounds and 10 assists against Mississippi Valley State on Nov. 8. Gach started about half of the games as a true freshman, leading the team in free throw shooting at 85.7%.

Gach is one of three transfers who've chosen the Gophers this offseason, joining center Liam Robbins (Drake) and forward Brandon Johnson (Western Michigan). Robbins has two years of eligibility left and like Gach must be granted a waiver by the NCAA to be able to play in 2020-21. Johnson is a graduate transfer and can play his final season immediately.