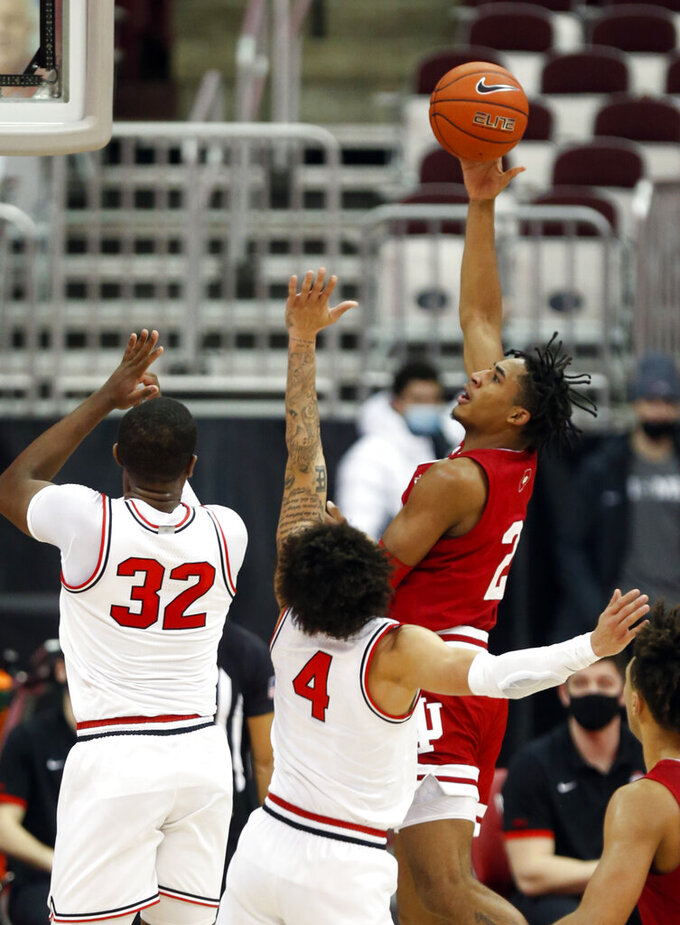 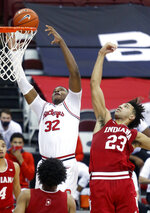 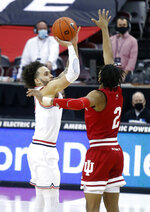 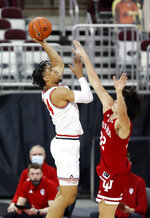 COLUMBUS, Ohio (AP) — With a rout of Indiana, No. 4 Ohio State has won six straight and nine out of the last 10, and the NCAA Division I Men’s Basketball Committee on Saturday projected the Buckeyes as a No. 1 seed in the tournament next month.

Without a superstar performer, Ohio State (17-4, 11-4 Big Ten) has gotten there with a hustling style of play that has become its identity — good shooting, aggressive rebounding on both ends, multiple role players contributing and making fewer mistakes than its opponents.

E.J. Liddell scored 19 points and Justice Sueing had 16 points and 10 rebounds as the Buckeyes pulled away to beat the Hoosiers 78-59 on Saturday. They shot 48% and scored 21 points off Indiana's 15 turnovers.

“Gifted and versatile offensive players, and I think they bought in to playing together,” Ohio State coach Chris Holtmann said after eight of his players scored against Indiana, and Sueing and freshman Zed Key combined for 18 rebounds.

“We got worked on the boards," Indiana coach Archie Miller said. "Second-chance points was 20 (for the Buckeyes). We are not going to be able to play with 15 turnovers. Ohio State deserves all the credit today. They imposed really physically. Just a different way for us to feel in a game. We have to learn from it and move on.”

Backed by a 21-3 run over eight minutes, Ohio State led 38-28 at halftime while forcing eight turnovers, including three early by guard Armaan Franklin. The Buckeyes led by as many as 16 in the half, but an 11-0 run by the Hoosiers kept it from getting away.

An emphatic dunk by Jackson-Davis ignited the Indiana bench and got the Hoosiers back to within five points with 14:11 left, but a 9-0 Ohio State run pushed the lead back up and the Buckeyes continued to roll as Indiana developed foul trouble.

Indiana: After winning two straight close ones, the Hoosiers made too many mistakes and were out-played by the Buckeyes. They are 1-6 against Ohio State over the last three seasons, including a 0-3 mark in Columbus.

Ohio State: The Buckeyes are one of the hottest teams in the nation and the win should keep them in the top 5 of the AP Top 25. They are 10-1 at home this season ahead of their Feb. 21 home showdown with Michigan, the current No. 3.

The Buckeyes aren't putting too much into the early projection as a No. 1 tournament seed.

“I think the biggest thing as a coach right now is we've got to get better in the moment, that (if) any type of complacency comes in and we see it in practice, it needs to be addressed,” Holtmann said. “We've got to continue to get better, and we've got to stay fully engaged as a group, from scout team on down.”

Ohio State seniors Liddell, Sueing, Kyle Young and CJ Walker have accounted for about half of the team's scoring this season. Against Indiana, the four combined for 68% of the points.