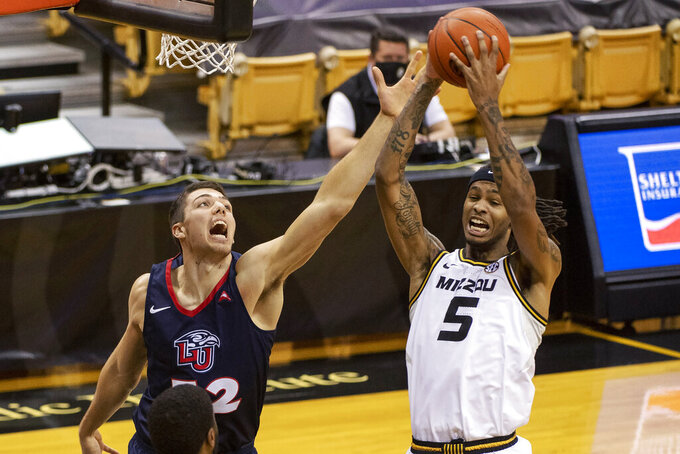 Missouri's Mitchell Smith, right, pulls down a rebound next to Liberty's Blake Preston during the first half of an NCAA college basketball game Wednesday, Dec. 9, 2020, in Columbia, Mo. (AP Photo/L.G. Patterson) 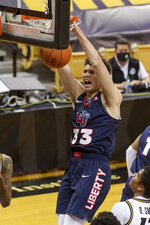 Xavier Pinson added 12 points for the Tigers (4-0), who trailed at halftime for the first time this season.

A pair of 8-0 runs had Liberty up 16-8 midway through the first half as both teams struggled to find the range. Liberty shot 41% and Missouri shot 43% but was just 1 of 9 from 3-point range. The Flames had five 3s.

Dru Smith opened the second half with a three-point play and Mark Smith made a free throw and a 3-pointer. Missouri couldn't put the Flames away until a Jeremiah Tilmon dunk, Mark Smith triple and Pinson layup stretched a six-point lead to 63-50 with 3:24 to go.