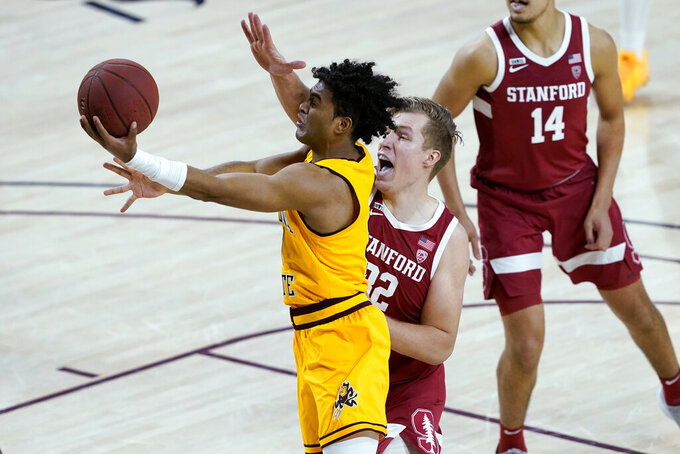 Christopher hit a 3-pointer and Kimani Lawrence made two free throws to give the Sun Devils a one-point lead with 1:46 to play. Michael O'Connell made a short jumper on the other end 29 seconds later, but Lawrence was fouled as he made a layup and converted the three-point play before Verge hit two free throws to cap the scoring as ASU closed on a 10-2 run.

Arizona State made 29 of 58 from the field and scored 29 points off 20 Stanford turnovers.

Delaire — who tied his career best for points for the second consecutive game — and da Silva combined to score 14 points in a 17-6 run that gave the Cardinal a 73-69 lead with 2:58 to play. They went 1 for 3 from the field with two turnovers the rest of the way.