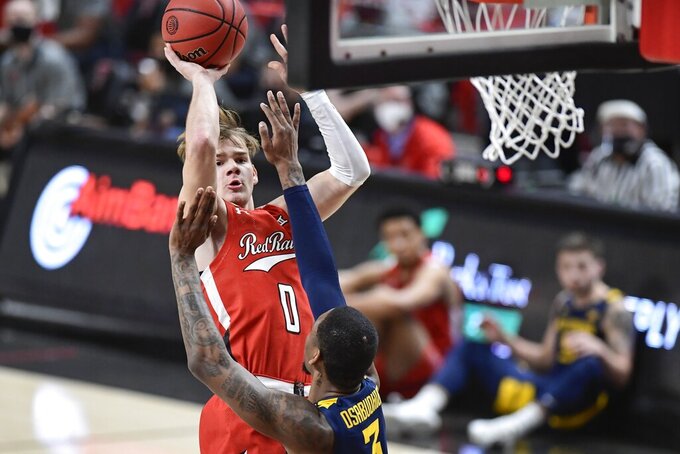 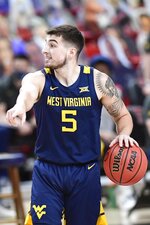 LUBBOCK, Texas (AP) — Sean McNeil scored a career-high 26 points and No. 14 West Virginia finished a regular-season sweep of seventh-ranked Texas Tech with an 82-71 victory over the Red Raiders on Tuesday night.

The Mountaineers (14-5, 7-3 Big 12) won their third consecutive game and ended a four-game skid in Lubbock 15 days after a thrilling 88-87 win at home when Miles McBride hit the go-ahead jumper in the final seconds.

McNeil, a late addition to the starting lineup after Taz Sherman injured a groin the day before the game, was 5 of 7 from 3-point range, including one with the shot clock about to expire late in the second half.

McBride scored 18 of his 20 points in the second half coming off a career-best 31 points in a win over Kansas that helped knock the Jayhawks out of the AP Top 25 for the first time in 12 years.

Mac McClung scored 17 points before fouling out for the Red Raiders (14-6, 6-5), who saw a three-game winning streak end a day after reaching their highest ranking of the season.

Derek Culver sat most of the second half with four fouls, but converted a three-point play to help West Virginia stay in front and finished with 15 points and eight rebounds.

McClung fouled out after getting whistled twice in a span of 17 seconds in the final two minutes.

The first foul came before the ball was thrown in on a West Virginia inbound play with just two seconds on the shot clock. McClung was called for holding Jalen Bridges, who made both free throws for a 73-69 lead with 1:20 remaining.

After missing the rim on a driving layup, McClung was called for his fifth foul when he hit McBride, who made both shots as West Virginia scored its final 12 points at the line and finished 29 of 39 on free throws.

After rallying from 12 points down in the final seven minutes of the first meeting at home, the Mountaineers had to protect a second-half lead on the road.

West Virginia took its biggest lead at nine early in the second half on a 3-pointer from McNeil, but Texas Tech scored six quick points to get within two and keep the game close before the Mountaineers pulled away late.

West Virginia: Like McBride, Sherman was coming off a career high against Kansas with 25 points. But the Mountaineers did fine without him, thanks to McNeil.

Texas Tech: Coach Chris Beard let his frustration boil over in the final minute, yelling at the referees during a timeout before sitting on the floor and making a timeout signal. That's when one of the refs ejected him.

West Virginia: No. 9 Oklahoma at home Saturday, with the next scheduled game not until Feb. 20 at 13th-ranked Texas because of consecutive games against No. 2 Baylor postponed because of COVID-19 issues with the Bears.

Texas Tech: A visit to Baylor on Saturday was postponed, so the next scheduled game is Monday at TCU.