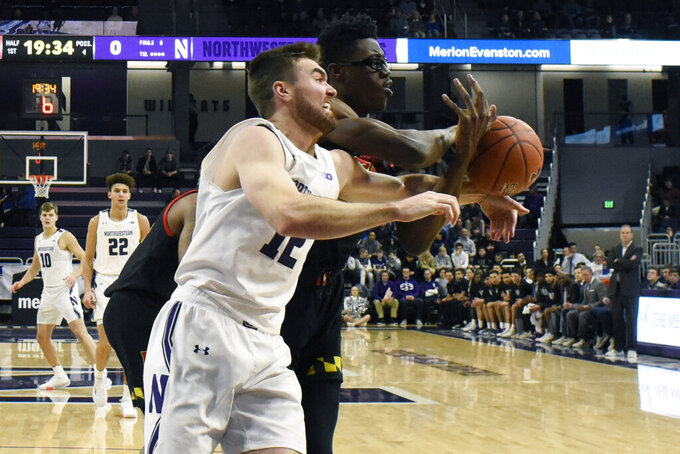 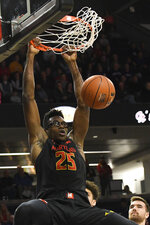 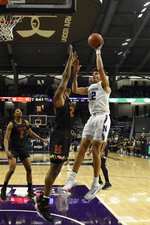 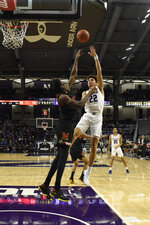 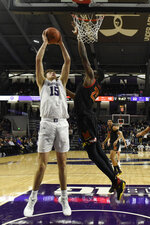 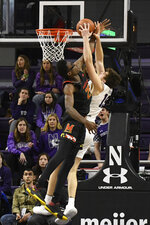 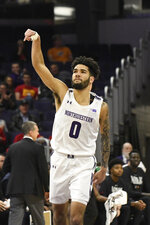 EVANSTON, Ill. (AP) — Down 14 at halftime, Maryland coach Mark Turgeon decided his team needed a pep talk. His message? The second half would change the season.

Overstatement or not, the Terrapins played the rest of the way as if they had everything riding on it.

Jalen Smith scored a career-high 25 points, and No. 17 Maryland rallied to beat Northwestern 77-66 on Tuesday night.

“I told them we're gonna change our season at halftime,” Turgeon said. “We're having a good year. But I want to make it a great year. The guys took a nice step forward.”

The speech, Smith said, “gave us the notion that we've got to come out and play hard.”

“We just need to come out and play fearless, just put everything that we have on the court,” he added.

The Terrapins trailed by as much as 15 in the first half and were down 10 in the second when they went on a 15-2 run.

Back-to-back 3-pointers by Aaron Wiggins and Anthony Cowan Jr. gave Maryland (15-4, 5-3 Big Ten) its first lead of the game at 56-55 with 9:10 remaining before Smith punctuated the run with a hard dunk. Smith also hit a huge 3 with just under two minutes left to make it 72-63, lifting the Terrapins to their second straight win after back-to-back losses.

Smith, a sophomore, surpassed his previous high of 21 points against Minnesota last season and grabbed 11 rebounds. Wiggins scored a personal-best 17. And Maryland came away with the win after dropping four straight away from home despite shooting just 35%.

“When we have the energy, we all have faith that we can win any game that we play regardless of the score, regardless of how we start off,” Wiggins said. “It just shows our potential as a team.”

Pat Spencer led Northwestern (6-12, 1-7) with 17 points. Miller Kopp scored 16. But the Wildcats lost for the eighth time in nine games.

“No one is going to back down, we're not going to quit,” forward A.J. Turner said. "That's not what Northwestern is about. We're going to keep fighting."

Maryland outscored Northwestern 51-26 in the second half after the Wildcats dominated the first 20 minutes in building a 40-26 lead.

Ranked 13th in the Big Ten in scoring coming into the game, Northwestern made 15 of 25 shots — 4 of 6 3's. The Wildcats led by 15 late in the half. And when the intermission came, Turgeon said he was “praying” the final 20 minutes would be a turning point — for the season.

His assistants told him the team needed a speech, and he delivered one.

“It's really hard for me to watch my guys not play with confidence at times,” Turgeon said. “To see them play the way they played in the second half was a really good feeling for me. And hopefully, that'll help us moving forward.”

Maryland: Though the Terrapins struggled in the early going, they steadied themselves down the stretch. They also seem to be getting their footing back, beating Purdue and Northwestern after getting pounded at Iowa and losing by two at Wisconsin.

Northwestern: The Wildcats built the big lead early on, only to drop another tight game after losing by four at Illinois on Saturday.

“We're just going to keep at it. We're going to keep developing, keep teaching, keep preparing. I'm just hoping we can break through that can lead to sustained success. I've seen this before, I've been a part of this before. Usually young groups, the final thing you see are the wins and losses.” — Northwestern coach Chris Collins.

Maryland: The Terrapins will try to make it a two-game sweep when they visit Indiana on Sunday. Maryland beat the Hoosiers 75-59 on Jan. 4.

Northwestern: The Wildcats will try to stop their skid when they host Ohio State on Sunday.