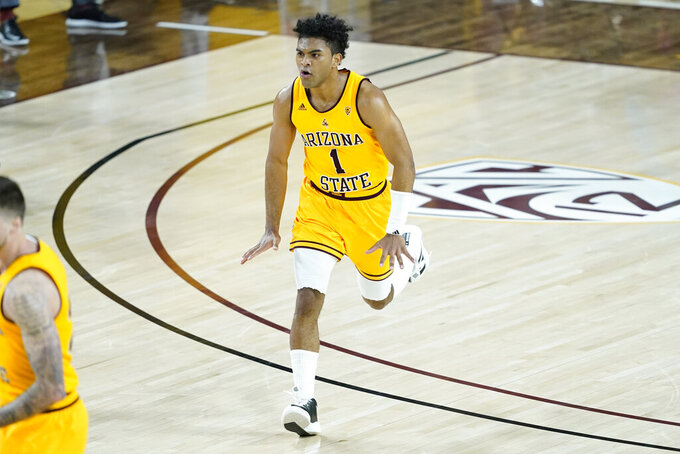 TEMPE, Ariz. (AP) — Despite an off-shooting night, Remy Martin scored 23 points and his 3-pointer with 37 seconds left broke a 68-all tie and Arizona State held on to beat Oregon State 75-73 in a wild finish on Sunday night.

Martin and Holland Woods each sank a pair of foul shots in a 13-second span to seal the win for Arizona State (7-9, 4-6 Pac-12 Conference).

Oregon State's Ethan Thompson made the first of two free throws with 13 seconds left to bring the Beavers within 73-71. Rodrigue Andela secured the offensive rebound and threw it out to Thompson, but a heads-up steal by Jalen House forced a tie-up between Woods and Thompson and the possession arrow favored Arizona State. Woods sank a pair of fouls shots with five seconds to go.

With the win, head coach Bobby Hurley hit the century mark in victories as the Sun Devils' coach. Hurley is 100-78 in six seasons at ASU.