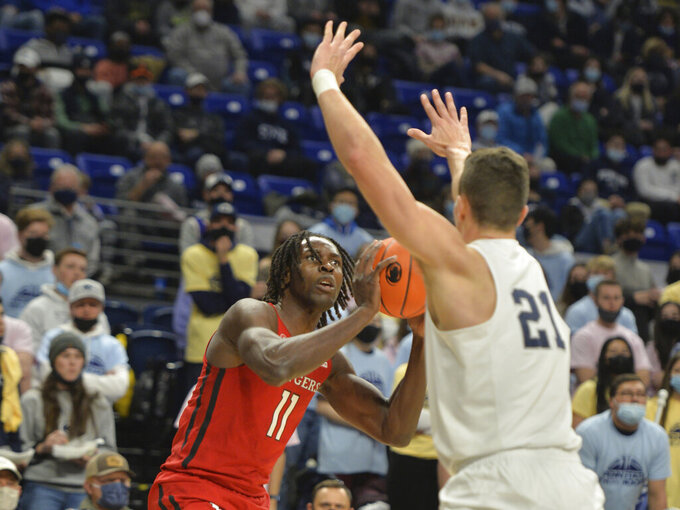 Rutgers Clifford Omoruyi (11) puts up a shot from the baseline against Penn State's John Harrar (21) in the first half of an NCAA college basketball game Tuesday, Jan 11, 2022, in State College, Pa. (AP Photo/Gary M. Baranec) 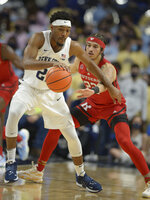 John Harrar added 16 points and Jalen Pickett had 15 for Penn State (8-6, 3-3 Big Ten), which has won three of four during a nine-game stretch following a 22-day layoff.

Seth Lundy added 10 points and Greg Lee had 12 rebounds for the Nittany Lions.

Rutgers (9-6, 3-2) had a four-game winning streak end after shooting 34% (19 of 56) from the floor with 15 turnovers. They had won three of four by double digits, including a 28-point win on 58% shooting against Nebraska last Saturday.

Clifford Omoruyi had 12 points and 12 rebounds to lead the Scarlet Knights.

After Rutgers got within 56-46 with three minutes left, Pickett sank a step-back jumper with the shot clock winding down. Harrar grabbed an offensive rebound on Penn State’s next possession and Sessoms converted a reverse layup as the Nittany Lions closed on a 10-3 run.

Rutgers stays on the road in a matchup with Maryland on Saturday. Penn State plays at 16th-ranked Ohio State on Sunday.