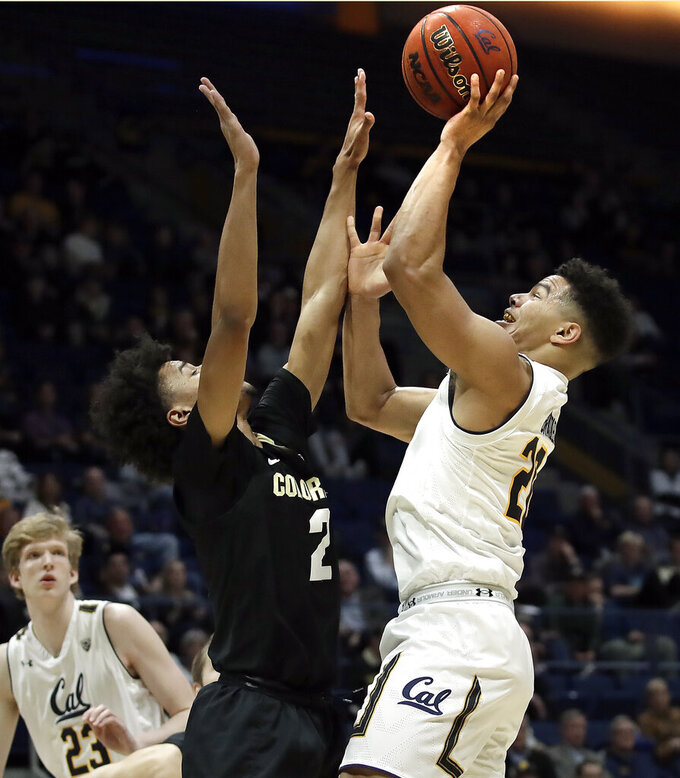 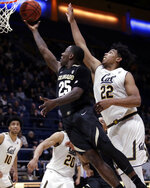 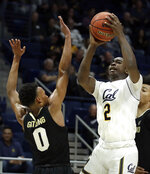 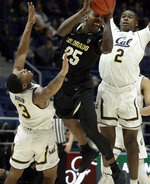 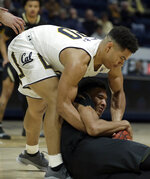 BERKELEY, Calif. (AP) — Lucas Siewert scored 18 points and Tyler Bey had 17 points and 14 rebounds as Colorado beat Cal 68-59 on Thursday night despite squandering all of an 18-point second-half lead.

Shane Gatling added 13 points for the Buffaloes (11-7, 2-4 Pac-12), who led 41-23 two minutes into the second half before watching the Bears rally to briefly lead with seven minutes left.

Colorado's big lead disappeared after a flurry of Cal 3-pointers, including three by Darius McNeill and two by Matt Bradley.

Cal took a 54-53 lead on two free throws by Bradley with 7:04 left but Colorado answered with a 7-0 run to regain the lead for good.

"We kept our composure and got the W. That's the main thing," Bey said. "Coach called a timeout. He wanted us to slow down, keep our head in the game. They were trying to speed us up. He just wanted to slow them down."

The Bears (5-14, 0-7) lost for the eighth game in a row and dropped their 14th straight Pac-12 regular-season game, dating back to last season.

"I was obviously very happy with the fight and the toughness our guys showed in that stretch that I've been waiting to see for a long time," said Cal coach Wyking Jones, whose team did not score a field goal in the final four minutes. "I saw some guys who had to give everything they had get tired."

Colorado: The Buffaloes needed a win over Cal after staggering through the first three weeks of Pac-12 play with just a home victory over Washington State. Their victory at Haas Pavilion was their first after five defeats there since joining the Pac-12 in 2011.

Cal: The Bears, without a conference victory since last Feb. 3, continue one of the worst two-year stretches in school history on the heels of going 8-24 a year ago. Cal has never lost 20 games or more in consecutive seasons.

Colorado point guard McKinley Wright, who missed last Sunday's loss to Utah because of a shoulder injury, played 29 minutes and contributed eight points, four rebounds and four assists, and hit a 3-pointer with 35 seconds left to open up a 66-59 lead.

Bey said Wright's presence alone was critical because he functions like a quarterback who keeps the team organized. "He's like Tom Brady," Bey said. When he's on the floor, everything's much easier."

Siewert opened the second by scoring five points on one possession for the Buffaloes. He made a 3-point shot on Colorado's first possession while Cal's Paris Austin was committing a foul elsewhere on the court. CU retained the ball and Siewert scored on a driving layup that made it 39-23 with 19:26 left.

Cal: The Bears are home Saturday against Utah