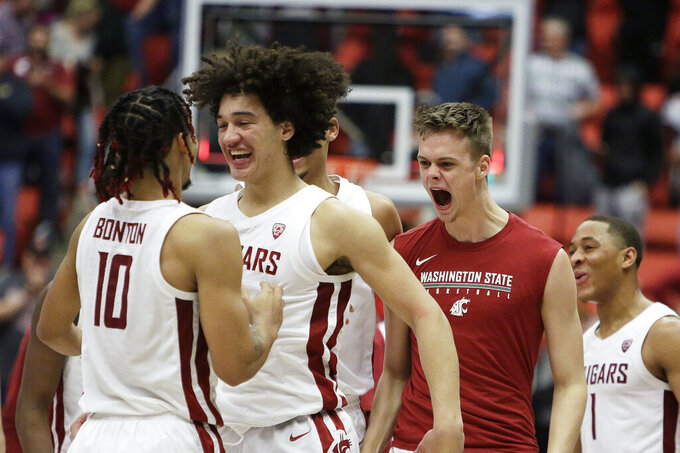 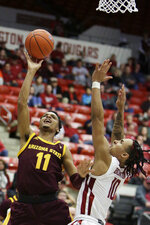 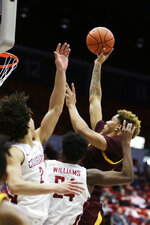 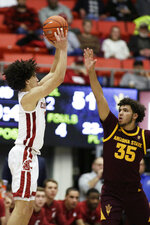 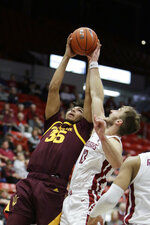 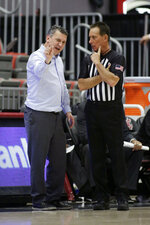 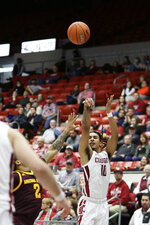 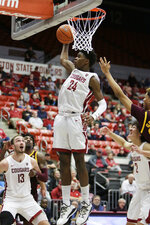 PULLMAN, Wash. (AP) — With only a few seconds left on the clock and his team down by one, Isaac Bonton asked his coach what play to run.

“I told him give it to CJ (Elleby),” said Washington State coach Kyle Smith. “Pretty much called his number and he came up with a big-time shot.”

Elleby made a step-back 3-pointer with four seconds left to lead Washington State to a 67-65 victory over Arizona State on Wednesday night.

Elleby finished with 27 points and 12 rebounds for his third double-double of the season. He shot 8 of 19 from the field, and 7 of 11 from the free-throw line.

“CJ is clutch," said Bonton. "I’ve seen it before. I’ve seen it many times. We’ve played together in high school. I’ve seen it here. It’s nothing new to me. I know he’s capable of making big shots and he is a big time player.”

Bonton finished with 12 points, seven assists and four steals for the Cougars.

After dropping a pair on the road last week at Colorado and Utah, Washington State (13-9, 4-5 Pac-12) pulled off a much-needed win against Arizona State, snapping the Sun Devils two-game win streak.

Arizona State (12-8, 3-4) went on a 11-0 run capped by a Jalen Graham layup to take a 64-62 lead with 1:14 remaining in the game. Elleby made a jumper to tie the game at 64-all then Graham made 1 of 2 free throws to give the Sun Devils a 65-64 lead with 18 seconds left. On Washington State’s final possession, Bonton whipped the ball to Elleby on the right wing for the winner.

Remy Martin, the Pac-12’s leading scorer at 19.7 points per game, struggled for Arizona State, scoring only 12 points. This was the first time in Pac-12 play he has scored less than 20.

Romello White scored 15 and had 11 rebounds and Rob Edwards contributed 11 points for the Sun Devils.

“We were uncharacteristically poor taking care of the ball and give credit to Washington State,” said Arizona State coach Bobby Hurley. “Their pressure bothered us and we had way too many turnovers. I think 15 at the break. That put us in a bad spot. Just the way we played not taking care of the ball. I think that was the difference in the game. Washington State’s best player made the big shot when it mattered though. Got to tip your hat to them for that.”

Arizona State: After erasing a 22-point deficit to pull off a thrilling 66-65 comeback victory over in-state rival Arizona last week, Arizona State struggled turning the ball over and their leading scorer was held to fewer than twenty points for the first time in seven games. Sun Devil coach Bobby Hurley is now 3-5 in his career against Washington State

Washington State: The Cougars get a much-needed victory after dropping two straight against the Mountain Schools.

Arizona State: The Sun Devils play at Washington on Saturday