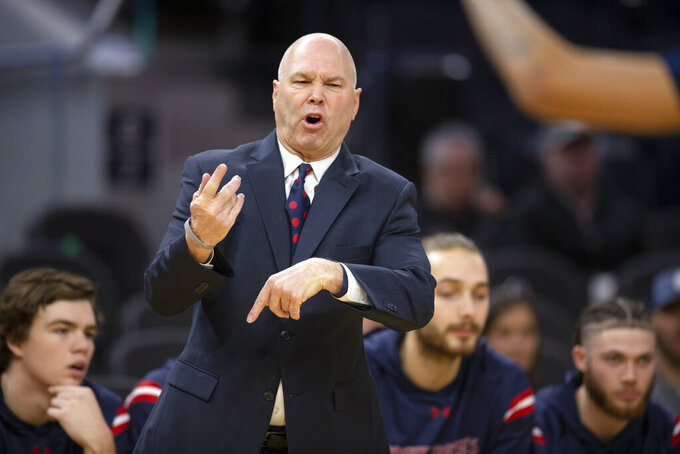 Saint Mary's coach Randy Bennett reacts to an official's call during the first half of the team's NCAA college basketball game against Nevada on Saturday, Dec. 21, 2019, in San Francisco. (AP Photo/D. Ross Cameron) 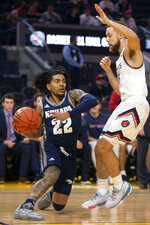 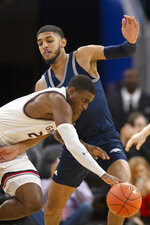 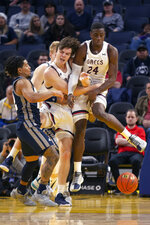 SAN FRANCISCO (AP) — Malik Fitts and Jordan Ford combined to score 31 of their 44 points in the second half and Saint Mary's used a late 12-2 run to beat Nevada 68-63 on Saturday night at the Al Attles Classic.

Fitts made back-to-back baskets and Ford hit a jumper to give the Gaels a 60-57 lead with 3:30 to play. After Robby Robinson made a layup to pull Nevada within a point, Kuhse made a layup and Fitts and Ford each made a basket to make it 66-59 with 54 seconds left and Saint Mary's held on from there.

Saint Mary's made just three 3-pointers and shot 15% from behind the arc - both season lows. The Gaels went into the game averaging 9.9 made 3-pointers per game and leading the nation in 3-point field-goal percentage at 47.3.