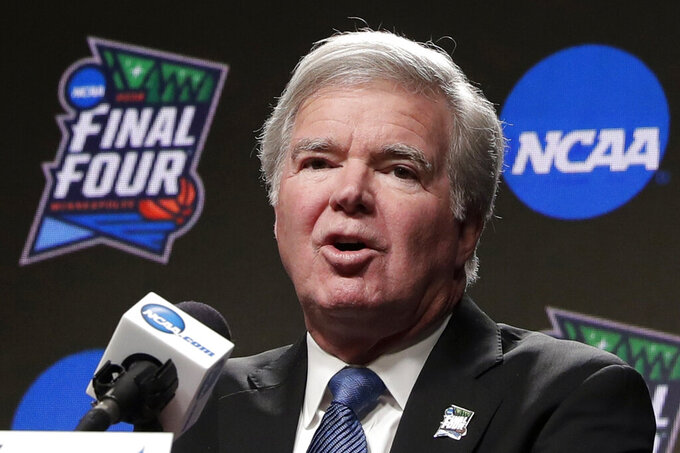 Embedded in Supreme Court Justice Brett Kavanaugh's scathing rebuke of the NCAA and its rules were a few suggestions on how college sports can be reformed to avoid being sued into oblivion.

“Legislation would be one option," Kavanaugh wrote in a concurrence to the Supreme Court’s unanimous ruling against the NCAA on Monday. "Or colleges and student athletes could potentially engage in collective bargaining (or seek some other negotiated agreement) to provide student athletes a fairer share of the revenues that they generate for their colleges, akin to how professional football and basketball players have negotiated for a share of league revenues.”

That might sound a bit radical, but Kavanaugh is not the first person to consider those possibilities.

The Knight Commission on Intercollegiate Athletics, as part of its detailed proposal to reorganize the NCAA, said it found strong support in a survey of Division I athletic directors for an antitrust exemption from Congress as a way to rein in spending in big-time college sports.

Just last month, Sen. Chris Murphy (D-Conn.) introduced a bill that would give college athletes the right to organize — though not necessarily unionize —- and collectively bargain with schools and conferences.

After the NCAA's stinging loss this week, college sports leaders are acknowledging the path forward will have to include changes that once seemed antithetical to the mission. Southeastern Conference Commissioner Greg Sankey said the Supreme Court's opinion in the Alston case provided “clarity.”

“What also is clear is the need for continuing evaluation of the collegiate model consistent with the court's decision and message,” Sankey said.

Len Elmore, the former Maryland basketball star and co-chair of the Knight Commission, said the conversation about college sports has been “hijacked" by framing the athletes as labor.

“It’s not a truth. And yes, there is inequity. There’s no question. And people talk about how a coach is making millions and institutions building literal shrines and facilities,” said Elmore, who is also a lawyer, “You know, that can certainly be fixed.”

The NCAA once tried to put limits on the salaries of some assistant coaches and lost in court.

Elmore said the way to curb the arms race at the top of college sports — where it is increasingly common for top assistant football coaches at Power Five schools to have million-dollar salaries —- is to turn to Congress.

“So why not attack it from the other end where you don’t ... place college sports in jeopardy through pay-for-play. You can control spending,” Elmore said.

That would mean more of the hundreds of millions in revenue brought in by the men's basketball tournament and major college football's postseason could be directed toward athlete welfare or even away from athletics altogether, Elmore said.

“Can you imagine placing the savings in controlled spending and those resources towards solutions to racial equity, greater safety with regard to things like head injuries and other things. To try to achieve a greater understanding and remedies for the issues of mental health that student-athletes suffer. There's plenty to go around. But we’re not thinking in those terms," he said.

Murphy is among several lawmakers on both sides of the aisle who have expressed a distrust of NCAA leadership and have made clear they are in no rush to bail out the association with antitrust protection.

“The NCAA collusion machine, designed to keep college athletes impoverished so the billions in profits can be kept for a small cabal of insiders, is finally starting to crumble to pieces,” Murphy tweeted after the Supreme Court decision was announced.

Jay Bilas, the former Duke basketball player, ESPN analyst and vocal NCAA critic, said it is inevitable that players will eventually be paid now that the Supreme Court has called it “a serial antitrust violator.” Bilas, who also has a law degree, said collective bargaining with the players provides the best path forward for college sports.

“The truth is, whether people want to admit it or not, when the players get paid now nobody's going to turn away from it now either,” Bilas said. “It's going to continue to thrive and all that. This is not that big of a deal. It's just commerce. It's just business."