No. 2 Michigan pulls away for 74-52 win over Binghamton 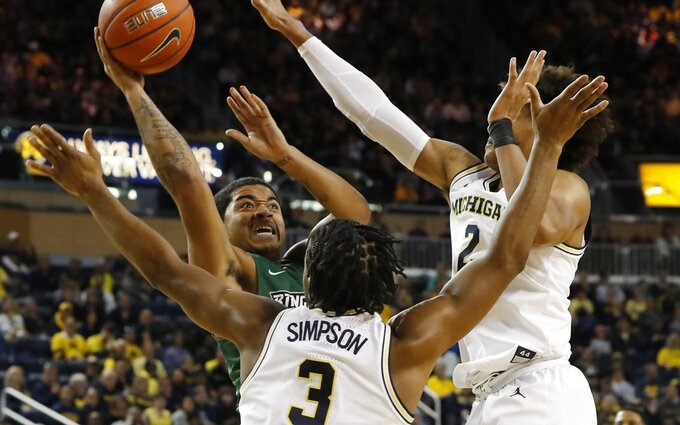 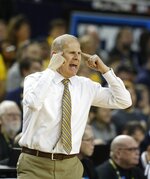 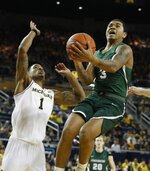 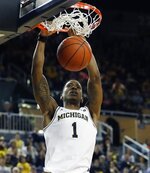 "I know people would probably say, you'd like more nonconference games, games you're going to win by 20. I don't want them," Beilein said. "We're done with that."

Iggy Brazdeikis scored 14 of his 21 points in the second half, and No. 2 Michigan eventually pulled away for a 74-52 victory over Binghamton on Sunday. The Wolverines have not had a weekday game since Dec. 4. Since then, they've played one game apiece the last four weekends.

Forward Isaiah Livers likened this stretch to a college football schedule — and said he'd prefer to get back to playing more games. Michigan returns to Big Ten play in its next game.

Chancellor Barnard led the Bearcats (4-10) with 14 points. Michigan was the highest-ranked opponent in the history of the Binghamton program.

Michigan's coach actually had some reasons to be frustrated Sunday. Beilein's Wolverines went 19 of 45 from inside the arc.

The Bearcats played a zone defense that all but conceded shots for Michigan from around the free throw line. The Wolverines repeatedly misfired from that area.

"This team had a great plan," Beilein said. "Shorten the game, make us make a 15-footer — which we had a dreadful time doing."

Michigan did go 11 of 18 from 3-point range. Poole made a career-high six shots from long distance, and Brazdeikis made all three of his attempts.

Livers scored 17 points on 8-of-10 shooting for the Wolverines.

Binghamton: The Bearcats' defensive approach worked decently. Michigan missed enough open midrange shots to keep the game close for a while, and this was a credible performance for Binghamton, on the road as a huge underdog.

"The zone really, I felt like, got them out of a lot of their stuff," Barnard said. "We forced them into a lot of the stuff we wanted to. Even though they made a lot of 3s, we were happy with the 3s they took, for the most part. And we also forced them to take a lot of midrange jumpers that they weren't really comfortable with."

Michigan: The Wolverines have won 27 of their last 28 games, with the only loss coming in last season's national title game against Villanova. There's probably not much more this season's team can accomplish by playing teams like Binghamton.

With 1:26 remaining, Michigan was called for a technical foul for having too many players on the court. By then, the Wolverines were up big, so it didn't have much of an impact on the game. Poole was the player who was supposed to come out and didn't.

"How about that? That was good. That was real good coaching," Beilein cracked. "We told Colin (Castleton) to go in for J.P., and I've got to do a better job of that. He went in for J.P., but he didn't go see J.P."

Michigan was only one point ahead of No. 3 Tennessee in the most recent AP Top 25 , so it wouldn't take much for those teams to switch spots.