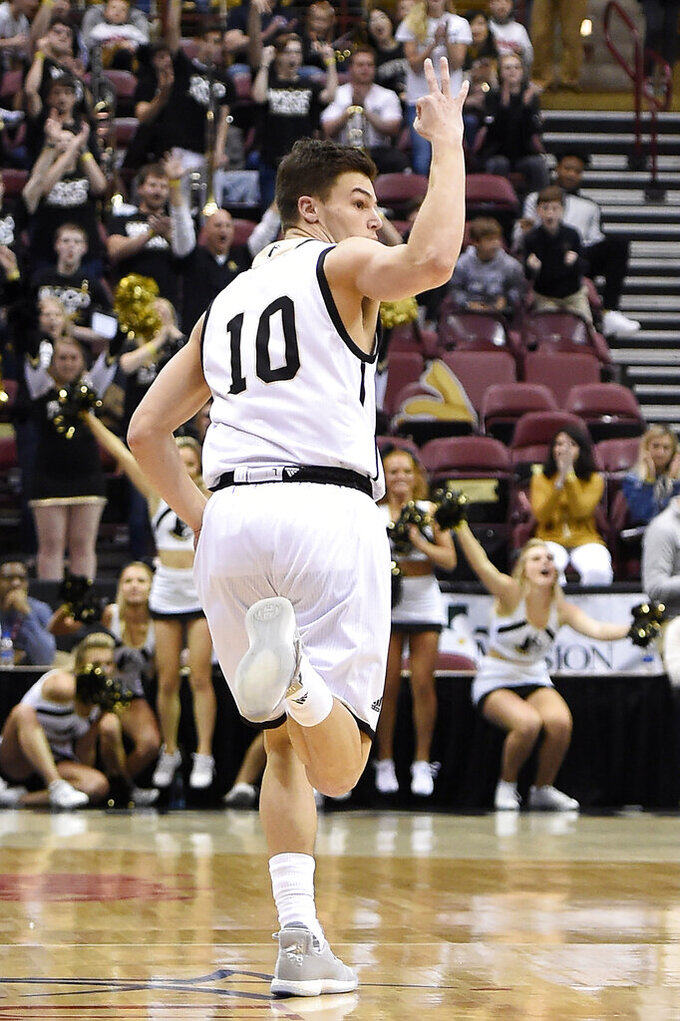 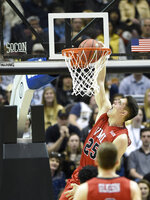 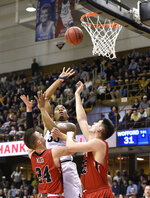 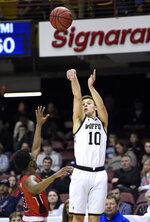 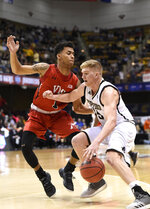 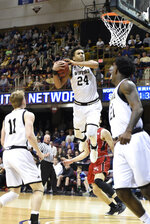 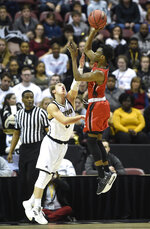 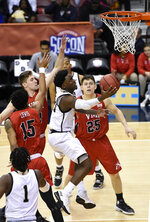 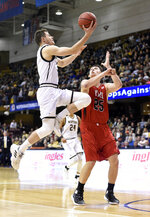 The Wofford guard never worries about it, knowing his teammates have his back.

"It's definitely nice," said Magee, who has made more 3-pointers than any active NCAA Division I basketball player. "We have a bunch of guys that can come out and (score). So if a guy is denying me the ball or making it hard on me, we have so many other guys that score the ball so easily and so efficiently that it makes it easier for everyone."

Nathan Hoover picked up the slack on Saturday, leading a balanced scoring attack with 17 points as No. 22-ranked Wofford extended its school-record winning streak to 18 games with a 99-72 victory over VMI in the quarterfinals of the Southern Conference Tournament.

Chevez Goodwin was one of six Wofford players in double digits in scoring, finishing with 14 points and five rebounds.

Magee, the Southern Conference Player of the Year, was limited to 11 points on 4-of-11 shooting. He made two 3-pointers, moving to within 13 of breaking the Division I record of 504 career 3s held by Travis Bader of Oakland.

"If (Magee) misses, he's not going to bat an eye," Wofford coach Mike Young said. "When that leather hits his hands he's going to let it fly."

Cameron Jackson did most of his damage in the first half inside for Wofford (27-4) and finished with 11 points and eight rebounds. Keve Aluma added 12 points and Storm Murphy had 11.

"In case anybody wasn't sure, Wofford is a very, very good team," VMI coach Dan Earl said. "It seemed like we ran into a buzzsaw to start off the game. They were hitting us every which way."

The Terriers jumped on VMI early, hitting 7 of 9 shots to open the game and build a 17-4 lead before the first media timeout. They extended the lead to 22 by the middle of the first half and were never seriously challenged.

"The big thing is they have an inside presence with Jackson, but also Aluma is a great rebounder," Earl said. "And then they have all of those guys on the perimeter that can knock down shots. So it's hard to guard the 3-point line and then play 1-on-1 against Cam Jackson down in the block."

"Wofford is pretty tough because they have inside-outside game," Parham said. "You try to take one thing away and they go with the other. So you do the best you can and live with the result."

Just 4½ minutes into the game, Young had already played 11 players and said he didn't blink an eye thinking about it.

He said he feels like he has 11 starters and calls his first unit 1A and his second unit 1B.

"It's a big deal when you have a tournament format and you are going back-to-back-to-back," Young said. "Did VMI run out of steam there a little bit in the second half? I don't know. But I think our ability to play 11 guys is a luxury."

Wofford attempted 31 3-point shots, making 12. Hoover led the way with four, but five different players hit from beyond the arc.

VMI: The Keydets got a nice game out of center Tyler Creammer, who was tough inside the paint on offense but simply didn't have the offensive firepower — or the athleticism — to compete with the conference's best team.

Wofford: The Terriers have been a strong rebounding team throughout the season and that held true on Saturday, where they beat the Keydets 44-31 on the glass. Wofford was particularly effective on the offensive glass, with 10 rebounds.

VMI: Season is over.

Wofford: Will face East Tennessee State in the semifinals of the Southern Conference Tournament on Sunday.