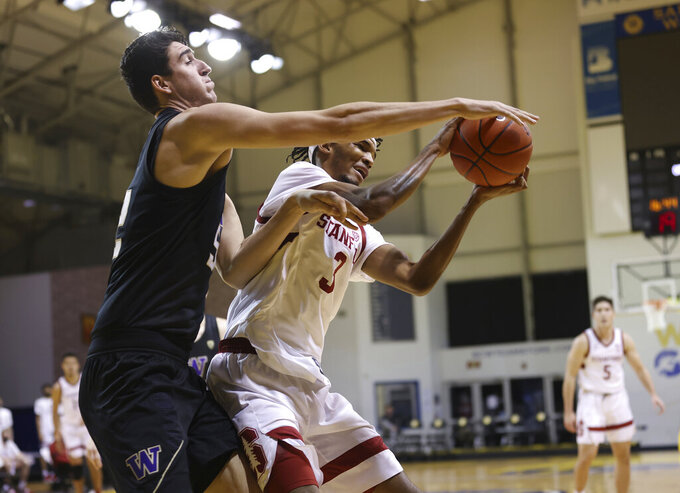 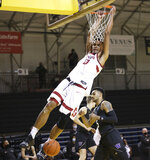 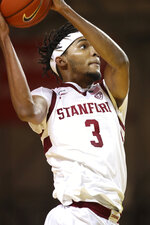 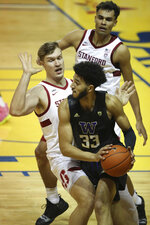 Williams scored 12 points, grabbed 12 rebounds and made 10 assists to notch the first triple-double by a Stanford player since Brook Lopez in 2007.

He completed the triple double with 1:40 to play when he assisted on Delaire's dunk.

Williams was a force from the opening tip, blocking Washington's first shot, grabbing the defensive rebound of Washington's second shot and passing to Spencer Jones for a layup that started a 12-0 run for Stanford (7-3, 3-1 Pacific- 12) to open the game.

The Huskies (1-8, 0-4) came within 14-5 on a Quade Green 3-pointer but that lasted for 18 seconds before Brandon Angel dropped in an answering 3 and the Cardinal lead never dipped under double digits again.

Oscar da Silva scored 17 points with 10 rebounds for his second straight double double, Jones scored 18 points with four 3-pointers. The Cardinal shot 52% (34 of 66) and dominated the boards 47-31. Williams made half of Stanford's 20 assists.

Marcus Tsohonis led the Huskies with 24 points, 19 coming after halftime. Jamal Bey and Green scored 15 each.

Stanford is the only Power Five team to not yet play on its home court this season. COVID-19 restrictions in Santa Clara county have the Cardinal playing in neighboring Santa Cruz with no end date announced.