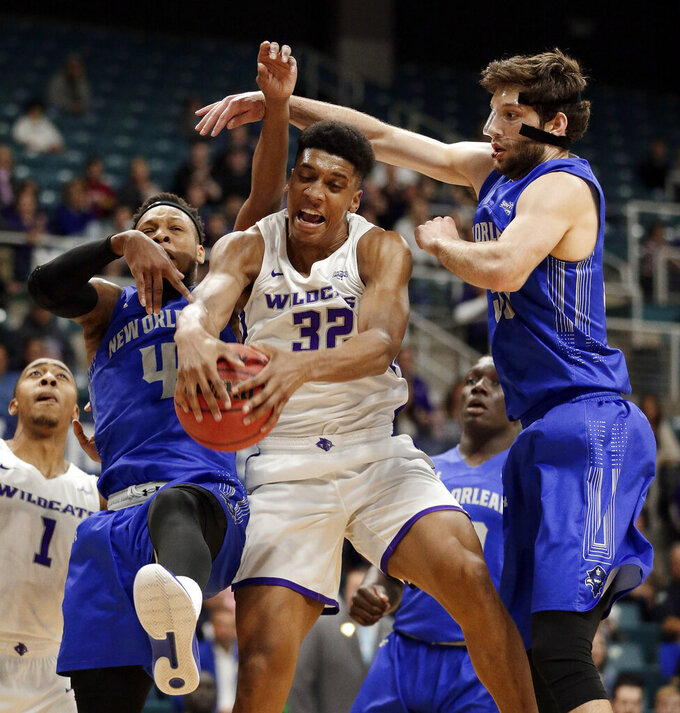 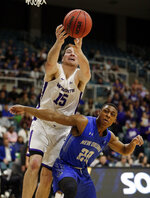 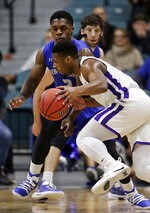 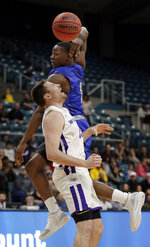 Following the final buzzer, Lewis and Franklin hugged and Franklin cried a bit, while Abilene Christian coach Joe Golding ran around looking for someone to hug.

"In the summer, we told ourselves, this was our last ride, so for our seniors, we wanted to go out the right way," Franklin said. "We were very emotional because it was four years here, and we couldn't go to the postseason. This means a lot."

"All the emotions came out because it was a testament to a lot of hard work and a lot of struggles, especially in our early years," Lewis said. "We took a lot of losses and learned a lot of lessons. It was nice to see it culminate in today."

"This is really hard to do," Golding said. "There are a lot of things involved in seeing that confetti drop. I wanted to step back, and I just wanted to watch and take it all in."

Bryson Robinson scored 14 points, and Scott Plaisance added 13 points and eight rebounds for New Orleans (19-13). The Privateers were looking for their second NCAA Tournament berth in three years and sixth overall after advancing to the tournament in 2017. New Orleans shot 40 percent and committed 20 turnovers.

"They got out to a hot start, and over the course of the game, we didn't have an answer for Jaren Lewis," Slessinger said. "We felt all along he was one of the better players in the league, and he played like it today. We struggled to find a rhythm, turned the ball over way too many times for us to be able to win a championship-level game like this."

The Wildcats used an 18-2 run over an 8 1/2-minute stretch of the first half to take a 32-17 lead on Franklin's 3-pointer. Lewis had six points to lead the run. New Orleans responded with a 9-2 spurt, cutting the lead to eight on Robinson's 3-pointer with 3 1/2 minutes remaining the half.

Abilene Christian led 40-29 at the half behind 58 percent shooting from the field. New Orleans could get no closer than eight in the second half.

New Orleans: The fourth-seeded Privateers were playing their third game in three days. They advanced to the title game with wins over Lamar and top-seeded Sam Houston State. ... The Privateers started 5 of 7 from the field, but finished the first half 5 of 17.

With 10 1/2 minutes left in the second half, the game was delayed for about five minutes as the officials worked to turn off a photographer's flash that was in the rafters.

New Orleans: The Privateers accepted an invitation to the CIT Tournament and will host a game on Wednesday.

Abilene Christian: The Wildcats will compete in the NCAA Tournament next week.