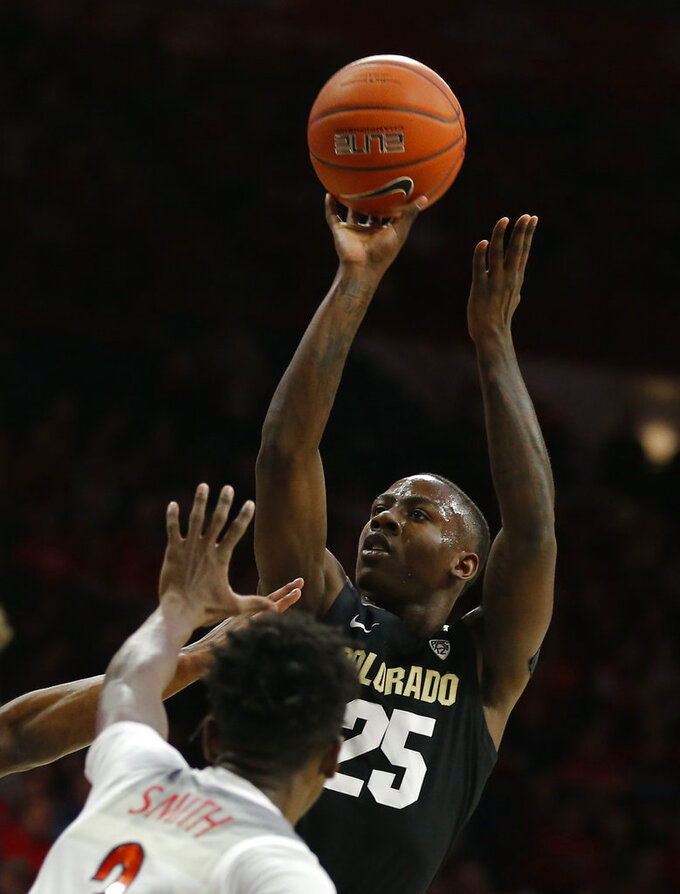 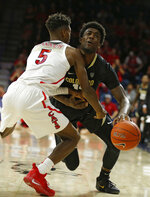 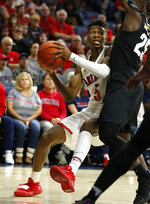 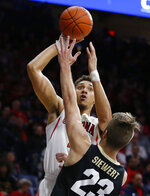 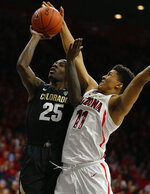 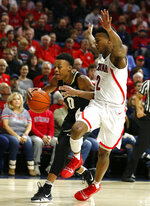 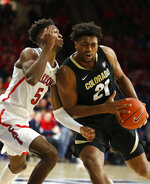 TUSCON, Ariz. (AP) — Freshman Brandon Williams started at a new position Thursday, and he made it look old hat.

Williams had 14 points and six assists while opening at point guard in place of injured regular Justin Coleman, helping to lead Arizona to 64-56 victory over Colorado in the Pac-12 opener for both.

"I just had to step up," said Williams, who usually plays off guard.

"Just being that vocal leader, being the quarterback of the team. Just making smart decisions. That's pretty much it. Coach always says next guy up has to be ready."

Brandon Randolph had 11 points and freshman Devonaire Doutrive tied a season high with eight for the Wildcats. Chase Jeter had seven points and eight rebounds.

Coleman, who came in averaging 10.1 points and was second on the team with 41 assists, suffered a dislocated shoulder in practice Monday and played only four minutes in the first half, missing his only field goal attempt.

Williams and Coleman often play point guard opposite each other in practice.

"To throw him to the fire like that, he did a really good job. When we practice, he always plays the point guard, for his own development and to protect our team . in case of an injury, because that can always change everything."

McKinley Wright IV had 17 points and six rebounds and Lucas Siewert had 11 points for the Buffaloes (9-4, 0-1), who have lost three of their last four. Tyler Bey had 11 rebounds.

Arizona (10-4, 1-0) did not lead for the first nine minutes before rallying. Williams had seven points and Doutrive had six as the Wildcats closed the first half on a 26-13 run for a 39-24 halftime lead and never again trailed.

Colorado trimmed a 17-point deficit to 57-50 on D'Shawn Schwartz's 3-pointer with 2:47 remaining before Randolph hit a layup and Williams made a jumper as the shot clock expired to half the rally.

"The first 20 minutes of the game was among our best basketball of the year," Miller said. "We moved the ball really well. We played good defense, good offense."

Doutrive had played seven of the first 13 games, and with Coleman out of the rotation played a season-high 12 minutes Thursday.

"I'm just ready whenever my number is called," Doutrive said.

Miller: "He makes us a deeper team. He's clever. He understands when to pass, when not to. I was excited to see it, because that is kind of the way things are supposed to go, where a young guy fights, scratches and claws his way into the lineup.

"Our inefficiencies on offense are putting a lot of pressure on our defense," Colorado coach Tad Boyle said. "If you come into this building and turn it over 17 times, you are not going to win."

Arizona's Ira Lee had five points and three rebounds in 13 minutes. He spent Dec. 23 in jail after pleading guilty to driving under the influence last summer.

Former Arizona center Deandre Ayton was inducted into the Wildcats' Ring of Honor in a halftime ceremony. Ayton was the Pac-12 player of the year in 2018, his only college season.

"He was in our locker room, almost like he was ready to play in the game," Miller said. "He brings a smile to everybody's face. As great of a talent as he is, he has an incredible mind and personality. That will prove itself out over his NBA career. What he did in his year here speaks for itself.

Ayton, taken by Phoenix with the first pick in the 2018 NBA draft, is averaging 17.0 points and 10.9 rebounds with the Suns, second among rookies in scoring and first in rebounds.

Arizona: A perennial favorite to win the Pac-12, the Wildcats were the first conference team to 10 wins this season and have won eight of nine at home, which bodes well in what appears to be a wide-open league race, especially now that Oregon top freshman Bol Bol is out for the season.

Colorado: The Buffaloes have not played a Top-25 team this season, and they did not play well in the Pac-12 opener. At the same time, they are the only team in the league with as many two true road victories in nonconference play.

Arizona will play host to Utah at noon Saturday after the Utes made 16 threes in overcoming a 17-point deficit to beat Arizona State on Thursday. Arizona is 12-1 against the Utes since they joined the Pac-12 in 2011, including a victory on its way 2018 Pac-12 tournament title, and is 6-0 at McKale Center.

Colorado will make the 110-mile trip up I-10 to face Arizona State on Saturday. Colorado won two of three against the Sun Devils last season, winning in Tempe and again in the Pac-12 tournament, where a late dunk after the game was decided led to an on-court scuffle.