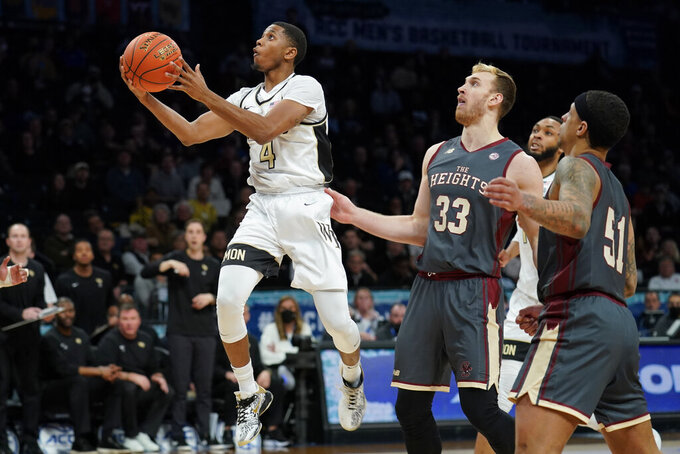 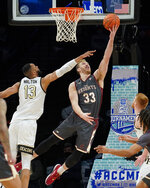 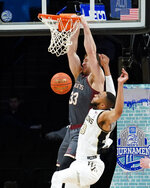 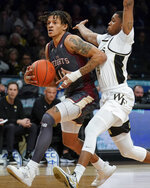 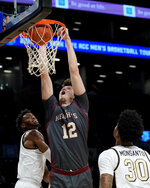 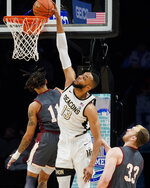 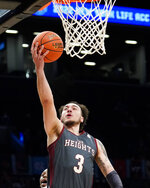 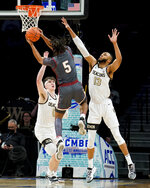 The Eagles (7-14) rallied from a 10-point deficit with six minutes left in regulation before scoring the first six points in overtime and going on to win.

It's the first time BC has won two tournament games since 2018 but not without some adversity, including the double-digit deficit that came after the Eagles had led most of the way.

“We have a lot of endurance,” BC coach Earl Grant said. “We talked about, hey look, if you're going to a climb up to the top of the hill at some point a giant is going to get in your way and you have to try and slay him. We knew it was going to be hard ... but we executed and played together.”

Wake Forest coach Steve Forbes said he will avoid watching games over the next few days and trying to track the Demon Deacons' prospects.

“I think we’re one of the best 68 teams in the country for sure, but I’m not in the room,” said Forbes, who was named ACC coach of the year earlier this week. “The narrative for our league hasn’t been very good, and so I’m not holding my breath."

He added: “You look at our efficiency on offense and defense, we’re one of the better teams in the country. But here’s the thing about the profile: They’re going to try to find something that don’t look good. Beauty is in the eye of the beholder. I don’t think there’s 68 teams better than us, but we’re about to find out."

BC's Brevin Galloway hit a 3-pointer to break a tie and cap a 14-1 run with 2:35 left in regulation. He missed a tough layup against two defenders as he drove to the hoop at the end of regulation.

Jaeden Zachery hit a 3-pointer to open overtime, Makai Ashton-Langford followed with a floater and Zachery added a free throw. A basket by Williams cut the BC lead to three with 1:20 to go but a short Langford jumper and two Galloway free throws make it a seven-point edge with 27 seconds left. Damari Monsanto hit a 40-foot 3-pointer but after a Zachery free throw with 7.5 seconds remaining, the Deacons' court-length inbounds pass went out of bounds.

BC, which lost to the Demon Deacons by 30 in the regular season, moves on to face Miami, which beat the Eagles 81-70 on March 2. But Grant sees a different Eagles team than the one that had its regular-season struggles.

“It's your core parts. ... It's something we talk about, something you practice and something you do," Grant said. "And then when you get kids starting to believe that’s what we are, the inner parts showed up. All the things that we went through this year, overtime losses, really hard losses and tough, tough wins we had to dig out, (the effort) was kind of just an accumulation of everything we saw this season.”

The Eagles led virtually all of the first half and most of the opening minutes of the second half before a field-goal drought of over eight minutes cost them the lead. Making 12 of 13 free throws during that shooting slump kept them in the game.