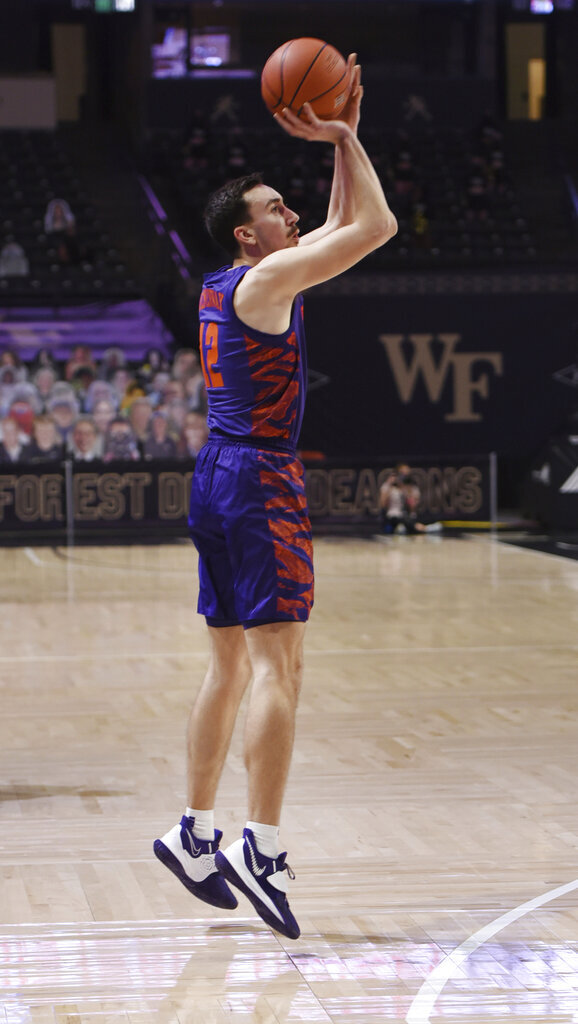 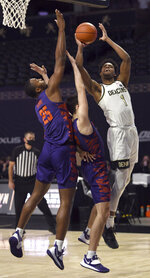 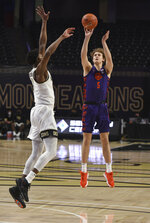 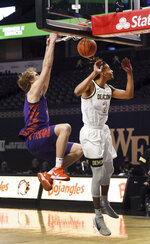 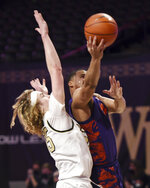 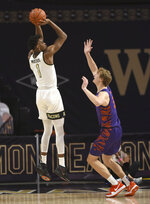 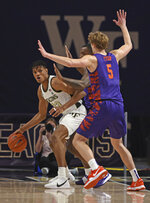 Clemson held its second opponent this season to less than 40 points in 40 minutes after topping South Carolina State 75-38 in its third game. The Demon Deacons were just 12-of-46 shooting (26.1%) — with only two makes in the final 10 minutes.

Nick Honor added 11 points with six assists, and Hunter Tyson had nine points and a career-high 10 boards for Clemson (14-5, 8-5 Atlantic Coast Conference), which hadn't played since Feb. 12 after games against Notre Dame and Pittsburgh were postponed.

Clemson hosts Miami on Saturday, followed by games against Syracuse and Pittsburgh next week to close the regular season. Wake Forest will try to end a four-game losing streak on Saturday against No. 16 Virginia Tech.