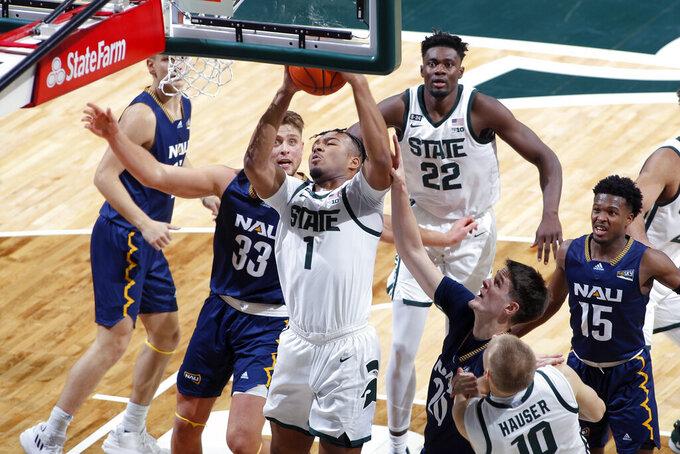 Hauser and Brooks each made a 3-pointer during a 10-0 run to put Michigan State ahead 18-4. The Spartans led by at least eight points the rest way, including 34-20 at the break. Brooks' fourth 3-pointer gave Michigan State its largest lead of the game at 59-38.

A. J. Hoggard added nine points with eight assists for Michigan State. Hauser and Brooks each made four 3-pointers as Michigan State went 9 of 27.

Cone scored 12 of Northern Arizona's 20 first-half points as his teammates combined to shoot 3 for 18.

The Spartans play No. 2 Gonzaga on an aircraft carrier in San Diego on Friday. Then it's No. 4 Kentucky in Indianapolis and No. 16 Villanova at home. At the Phil Knight Invitational in Oregon, they will face No. 20 Alabama along with possibly No. 21 Oregon and top-ranked North Carolina.